Cosmological gravitational waves: A new approach to reach back to the Big Bang 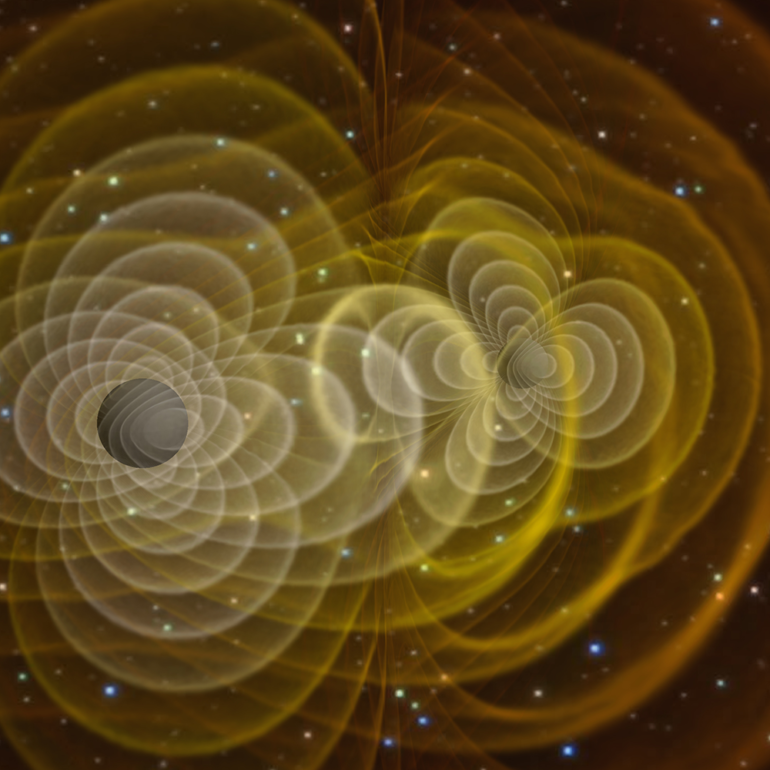 Operating observatories around the globe target sky regions characterized by low contamination from Galactic radiation, looking for the imprint of Cosmological Gravitational Waves (CGWs) produced during Inflation, the mysterious phase of quasi-exponential expansion of space in the very early Universe. A new study by the POLARBEAR collaboration, led by SISSA for the part concerning the interpretation for Cosmology and published in the Astrophysical Journal, provides a new correction algorithm that allows researchers to almost double the amount of reliable data acquired in such observatories, thus giving access to uncharted territory of the signal produced from CGWs and bringing us closer to the Big Bang.

“According to the current understanding in Cosmology, just after the Big Bang the Universe was very small, dense and hot. In 10-35 seconds, it stretched by a factor of 1030,” Carlo Baccigalupi, coordinator of the Astrophysics & Cosmology group at SISSA, explains. “This process, known as Inflation, produced Cosmological Gravitational Waves (CGW) that can be detected through the polarization of the Cosmic Microwave Background (CMB), the leftover radiation from the Big Bang. The POLARBEAR experiment, which SISSA is part of, looks for such signals using the Huan Tran Telescope in the Atacama Desert of northern Chile in the Antofagasta Region.”

The analysis of data acquired by the POLARBEAR Observatory is a complex pipeline where reliability of measurements represents a most delicate and key factor. “The CGWs excite only a tiny fraction of the CMB polarization signal, better known as B-modes,” Nicoletta Krachmalnicoff, researcher at SISSA, and Davide Poletti, previously at the same institute, explain. “They are very difficult to measure, in particular because of the contamination of the signal due to the emissions of the diffuse Galactic gas. This must be removed with exquisite accuracy to isolate the unique contribution of CGWs.”

Over the past two years, Anto. I. Lonappan, Ph.D. student at SISSA, and Satoru Takakura from the University of Boulder, in Colorado, have been characterizing the quality of an extended dataset from the POLARBEAR collaboration, tracing all the known instrumental and physical uncertainties and systematics. “We have implemented an algorithm that assigns accuracy to the measurements in the ‘Large Patch’, a region extending for about 670 squared degrees in the Southern Celestial Hemisphere, where our sounder reveals data in agreement with other probes looking in the same location, such as the BICEP2/Keck Array located in the South Pole,” they explain. The study has now been published in the Astrophysical Journal.

“This is a milestone on a long road heading to the observation of CGWs. The new approach allows us to probe the sky with unprecedent accuracy, doubling the amount of reliable data and, thus, of accessible information. This is a crucial step for the whole community now that new telescopes are being prepared for operations,” the scientists add.

Great developments are on their way from the experimental point of view. A system of three upgraded POLARBEAR Telescopes, known as the Simons Array, is in preparation. The Simons Observatory, a new system of Small and Large Aperture Telescopes, funded by the Simons Foundation, will be operational from a nearby location, in Atacama, with first light happening in 2023. Later in this decade, the LiteBIRD satellite will fly, and an extended network of ground-based observatories, which facilities in the Atacama Desert and the South Pole, known as “Stage IV”, will complement these observations.

“All these efforts will lead to the ultimate measurement of CGWs, revealing at the same time most important clues about the Dark Energy and Matter cosmological components,” Baccigalupi concludes. “Through the main mission of SISSA as a Ph.D. school, training students to become young researchers, our Institute is and will be contributing significantly to the main contemporary challenges for Physics, as the present one, targeting Gravitational Waves from a tiny fraction of a second after the Big Bang.”


Citation:
Cosmological gravitational waves: A new approach to reach back to the Big Bang (2022, June 6)