YouTube found to be especially bad for teens’ sleep 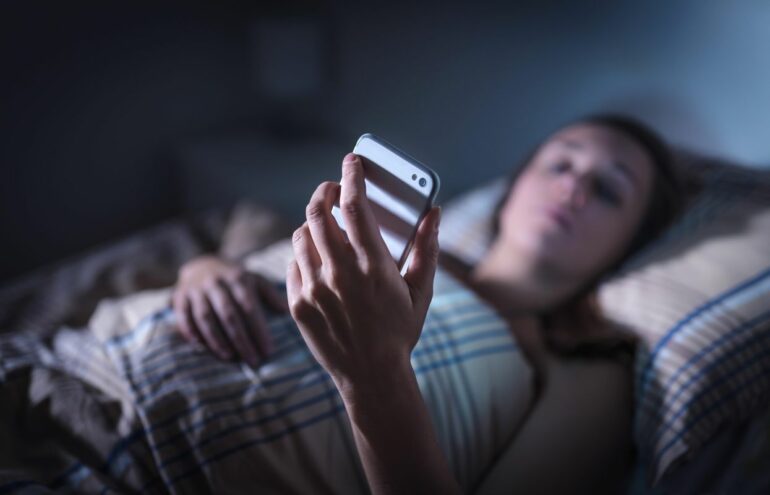 Many teens look at screens at bedtime, but some apps are more likely to keep them awake than others, leading to sleep problems.

That’s the upshot of a new study in which researchers found YouTube fans experienced consistent and negative effects on sleep. Surprisingly, traditional TV was associated with earlier bedtimes.

“We’ve been seeing teenagers who have sleep problems in our clinic,” said co-author Michael Gradisar, head of sleep science at Sleep Cycle in Adelaide, Australia. “A lot of them have tried refraining from using technology, and clearly that hasn’t worked for them. Many of them mentioned that they would watch YouTube as they try to fall asleep. They find it entertaining without it being overly stimulating.”

While many studies have been done on devices, little research has looked at the effects of specific apps on sleep, he said.

“We wanted to learn if there were specific apps that people should avoid, so that they could continue using their devices in a healthy way that didn’t affect sleep,” Gradisar said.

For the study, the researchers asked more than 700 12- to 18-year-olds how much time they spent using technology. That included mobile phones, gaming consoles and TV, as well as apps before going bed and in bed before falling sleeping.

While the study looked at the streaming service Netflix as well as YouTube, YouTube was the only app consistently and negatively related to sleep outcomes, researchers said.

For every 15 minutes teens spent watching YouTube, they had a 24% greater chance of getting fewer than seven hours of shuteye. Watching YouTube and using gaming consoles both were associated with greater odds of getting insufficient sleep.

Contrary to the classic advice to keep TV out of the bedroom, traditional TV was associated with earlier bedtimes.

Gradisar said that might be because teens don’t interact with a TV in the same way they do with a phone. Instead, they just sit back and watch.

A half-hour in bed using phones, laptops, tablets and watching YouTube delayed lights out by seven to 13 minutes.

The issue with YouTube in particular may be that it’s so easy to finish one video and click on a related one, said Dr. Alon Avidan, director of the UCLA Sleep Disorders Center.

Even homework done on screens late at night can be harmful, added Avidan, who reviewed the findings.

Watching Netflix was also associated with greater sleepiness during the day.

Gradisar said one takeaway for parents is that not all technology use before bed is bad for their teen. Mom and Dad can also apply the findings to their own sleep health, he said.

“We often recommend that people do their own experiments with their tech use before sleep,” Gradisar said. “Find something that’s enjoyable so you don’t develop a bad relationship with your bed or bedroom. The tech you’re using should be relaxing, but also be aware if it’s controlling your bedtime.”

Avidan noted that adolescence brings a change in sleep-wake timing.

“They go to bed late and they tend to wake up late, and this delay in the circadian phase is really what prompted the call in multiple states, particularly here in California, to delay school start time,” he said.

Adding in blue light from phones after 9 p.m. delays the sleep phase even longer, Avidan said.

“If someone is already likely to be delaying their circadian phase of going to bed and waking up because it’s physiologic, when you add on top of that an environmental factor that makes that even worse, then it’s a perfect storm,” he said.

Not getting enough sleep can be a pathway to depression, Avidan said. It may affect thinking skills and academic performance. It can continue into college, affecting success and health.

He said it’s important that people know how much sleep they need. For adults, that’s seven to eight hours a night. Teens under 18 need eight to 10 hours. And that sleep needs to be consistent.

Depending how it is used, a phone can have different impacts on sleep, noted Rebecca Robbins, from the Division of Sleep and Circadian Disorders at Brigham and Women’s Hospital in Boston.

A person can use a phone to send an email, meditate using a relaxation coaching app or play a video game, all of which would have a different impact, she said.

“Young people face a host of challenges when it comes to their sleep,” said Robbins, who was not involved in the study. “We have scores of data to show that the vast majority of high school students, young people in this age bracket from 12 to 18 years of age, the vast majority are not getting enough.”

If teens are optimally tired about midnight and they still take a while to fall asleep, this further narrows the window of time for them to get deep restorative sleep, Robbins said.

“That [deep sleep] will allow them to wake up and manage their mood effectively, avoid risk-taking behaviors, maintain a positive, healthy outlook and mood,” she said, while avoiding both short- and long-term consequences of insufficient sleep.

High school is one of the last times when parents and child are living together, so it is an opportunity to mutually develop rules that both adults and kids can live within, Robbins said.

For example, that could include cultivating some healthy wind-down activities at night, such as reading together, breathing exercises or just talking about the day.

“Life, again, gets so busy, but really try to have a time where you’re off screens, you can talk about things as a family,” Robbins suggested. “What happened in your day? What was good? What was challenging? [This] could not only maybe offer mental health benefits, but also sleep benefits.”

The findings appear in the December issue of the journal Sleep Medicine.

More information:
The U.S. Centers for Disease Control and Prevention has more on sleep for middle and high school students.