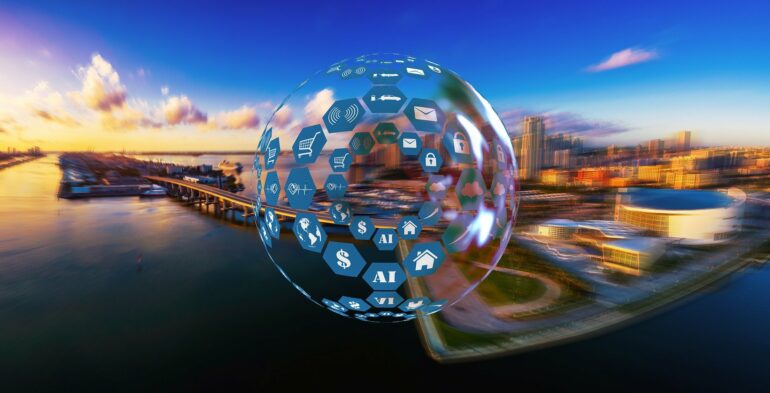 Usually, a defect in a diamond is a bad thing. But for engineers, miniscule blips in a diamond’s otherwise stiff crystal structure are paving the way for ultrasensitive quantum sensors that push the limits of today’s technologies. Now, researchers at the University of Chicago’s Pritzker School of Molecular Engineering (PME) have developed a method to optimize these quantum sensors, which can detect tiny perturbations in magnetic or electric fields, among other things.

Their new approach, published in PRX Quantum, takes advantage of the way defects in diamonds or semiconductors behave like qubits—the smallest unit of quantum information.

“Researchers are already using this kind of qubit to make really amazing sensors,” said Prof. Aashish Clerk, senior author of the new work. “What we’ve done is come up with a better way of getting the most information we can out of these qubits.”

A perfect diamond is composed of carbon atoms arranged in a repetitive lattice. Replace one of these atoms with something else—like a nitrogen atom—and the way the new, stand-alone atom sits in the midst of the diamond’s hard structure gives it unique quantum properties. Miniscule changes in the surroundings, from temperature to electricity, alter the way this “solid-state defects” spins and stores energy.

Researchers discovered that they can shine a light at one of these qubits and then measure how light is deflected and released to probe its quantum state. In this way, they can use it as a quantum sensor.

Analyzing the information from a solid-state defect, however, is tricky, particularly when many such qubits are embedded in one sensor. As each qubit releases energy, that energy alters the behavior of nearby qubits.

“The qubits all end up correlated with each other in a funny way that doesn’t make sense classically,” said Clerk. “What one qubit does is intimately connected with what other qubits do.”

Moreover, when light shines on a qubit for long enough, it resets to its ground state, losing any information that was encoded in it.

Clerk, along with colleagues including postdoctoral research fellow Martin Koppenhöfer, the first author of the new paper, set out to ask a basic question about the physics of how qubits interact with each other. In the process of this research, they discovered a new trick to get information out of solid-state defect qubits.

When a network of solid-state defects release energy in a burst of photons, researchers usually gloss over the exact nature of the qubits as this energy is being released; they focus instead on the data before and after this sudden burst.

Clerk’s group discovered, however, that even more sensitive information about the qubits is encoded in this release of energy (which is called “superradiant spin decay”).

“People had assumed that all the qubits start out excited and they all end up relaxed, and it seems really boring,” he said. “But we found that there’s this slight variation between qubits; they’re not all completely excited and they don’t all relax completely in synchrony.”

By focusing on that long-ignored time point in the midst of superradiant spin decay, Clerk and his team showed how the information stored in solid-state defects is amplified.

The future of quantum sensing

For engineers trying to develop quantum sensors that measure everything from magnetic fields—for better navigation or analysis of molecular structures—to temperature changes inside living cells, the new approach offers a much-needed improvement in sensitivity.

“In the past, the very noisy final readout of qubits in these sensors has really limited everything,” said Clerk. “Now, this mechanism gets you to a stage where you don’t care about that noisy final readout; you’re focused on the more valuable data encoded before it.”

His team is now planning future research on how to improve the sensitivity of solid-state defects even more by distinguishing the data from each qubit, rather than getting one readout from the entire entanglement. They think their new approach makes that goal more achievable than in the past.