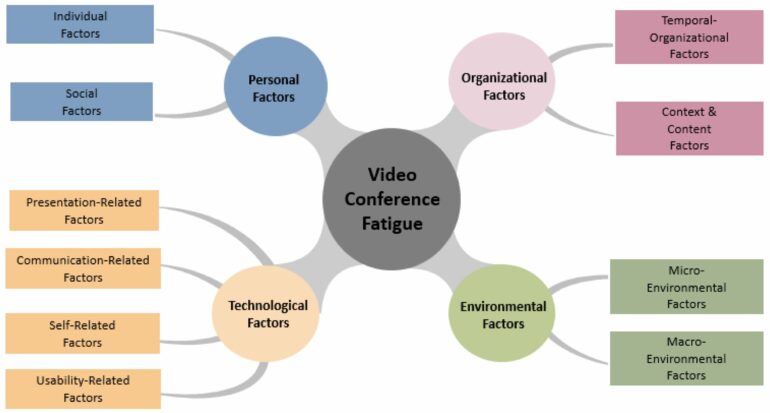 A group of researchers, including Markus Fiedler at Blekinge Institute of Technology in Sweden has studied the phenomenon of video conference fatigue, or “Zoom fatigue,” and concluded that both age, gender and personality play a role in how tired you get. For example, they note that young, introvert women are affected more than others. However, there are several ways to avoid this fatigue.

Markus Fiedler, researcher at Blekinge Institute of Technology, has together with other researchers in media design, media psychology and media sociology published a study on the factors behind video conference fatigue. This phenomenon, commonly known as “Zoom fatigue” is something that many have experienced during the pandemic, but for which there is relatively little evidence.

The researchers have identified several different factors behind Zoom fatigue.

“We have found direct evidence that both age, gender and personality affect. For example, young introvert women are affected more than others. But Zoom fatigue depends on many factors, ranging from personal circumstances via the meeting’s organization and technology, to the environment in which the video conference takes place,” says Markus Fiedler.

The researchers have also found a number of factors that they believe contribute to Zoom fatigue.

“We assume that both the length and the number of meetings each day play a role, as well as whether you take breaks or not between meetings. It affects whether there are delays and disturbances in pictures and speech, so that you may talk in each other’s mouths, or if you have to struggle to follow the conversation. We have also seen that the environment plays a role. You may be sitting at home and ashamed to show your messy environment,” Markus Fiedler explains.

However, the researchers believe that there are some simple things you can do to reduce Zoom fatigue:

The researchers state that more research and evidence is needed when it comes to the contributing factors behind Zoom fatigue. They also mean that research is needed on other ways of communicating, for example, immersive experiences and technology.

The study is published in the online journal International Journal of Environmental Research and Public Health.

Provided by
Blekinge Institute of Technology

Citation:
Zoom fatigue affects young women more than others (2022, May 6)