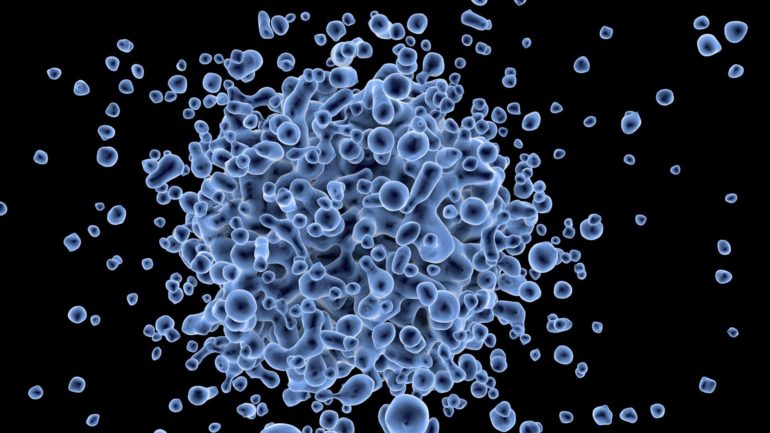 For the first time researchers from Hebrew University of Jerusalem, Radboudumc, Maastricht UMC+ and international colleagues have gained insight into the “hidden genetic defects” of the general European population. This is important because these defects, if inherited from both father and mother, can lead to all kinds of illnesses in their children. Research in the Dutch and Estonian population shows that every person has two to four such hidden genetic defects. In 1 in 100 couples, this leads to a situation with an increased risk of a genetic disease for future children. In the case of consanguinity, even 20 percent of the couples appear to be at high risk. This research is published in The American Journal of Human Genetics and Genetics in Medicine.

The genes of a every person are half maternal, half paternal. Therefor you have two copies of each gene. Sometimes one of those two copies is defective, without making you sick because the other gene still functions properly. In this case we call it a ‘hidden genetic defect’ (in scientific terms: an autosomal recessive gene). Such a hidden genetic defect can cause problems if a child inherits the same hidden defect, the same mutated gene, from both father and mother. Both parents are healthy and have never suffered from the hidden genetic defect. But when these two hidden genetic defects (maternal and paternal) come together in the child, the disease manifests itself.

How often such hidden genetic defects occur in the general population has been unclear. By screening all the genes of nearly 6,500 people in the Dutch and Estonian population researchers from Radboudumc and Maastricht UMC+ have now obtained insight into how often such hidden defects that can lead to disease are present in a single individual. Christian Gilissen, researcher at Radboudumc: “Every human being appears to have on average 2 to 4 such hidden genetic defects. Therefore the chance that a European couple is at risk of having a sick child due to two such defects is about 1 percent. The risk increases sharply in consanguineous couples. In a relationship of cousins, about sixteen percent of the couples are at high risk, with a particularly increased risks for skeletal disorders or intellectual disabilities.”

In addition to this research, published in The American Journal of Human Genetics, research was also conducted in the hospital’s clinical practice coordinated by Maastricht UMC+, together with Radboudumc and Amsterdam UMC. This study, published in Genetics in Medicine, addresses the question of risk determination of hidden genetic defects in cousin relationships prior to a desired pregnancy. Clinical Molecular Geneticist Aimee Paulussen of Maastricht UMC+: “We mapped the risk in 100 consanguineous couples. About 20 percent of these couples were found to have an increased risk of serious disorders in their offspring through these hidden genetic defects. These results from clinical practice confirm the data already found in the population study mentioned above.”

Professor Han Brunner, head of the Department of Clinical Genetics Maastricht as well as the Department of Genetics Nijmegen, is involved in both studies. He sees them as a clear incentive to make genetic testing available to couples with a possible increased risk because of such hidden genetic defects: “Certainly for these couples, this information can help them to make an informed decision when starting a family. They can consider pre-implantation diagnostics and IVF to allow selection of embryos without these defects.”

Genetic testing for kidney diseases in embryos from in vitro fertilization

China’s Li Auto to raise up to $1.93 billion from Hong Kong listing