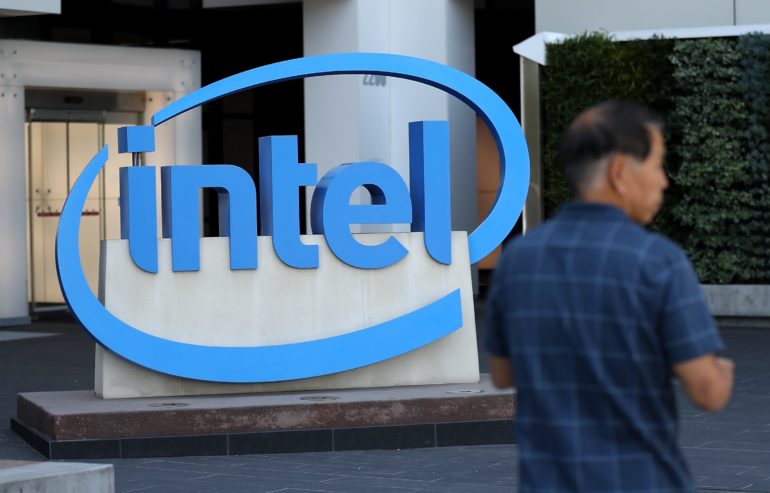 Shares of Intel closed down more than 10% Friday, a day after the company’s third-quarter earnings revealed new weakness in its data center business and reaffirmed the delay of its latest-generation chips.

Intel’s Data Center Group, which derives revenue from enterprises and government customers, saw a 7% revenue drop in the quarter. Overall, Intel’s revenue in the quarter ended Sept. 26 declined 4% on an annualized basis.

Bank of America on Friday downgraded Intel’s stock to underperform from neutral, pointing to uncertainty around the company’s new chips and a lack of a plan to fix or update its manufacturing challenges.

Intel said in July it delayed its 7 nanometer processors until 2022 for computers and the following year for servers. The company could begin relying on other companies to manufacture its chips.

“The result could be years of uncertainty, with customers at a minimum moving more share to AMD for risk mitigation, and increasingly for a more compelling price/performance/feature list,” Bank of America analysts said in Friday’s note.

Shares of competing chipmaker AMD, which is already selling 7 nanometer chips for PCs and graphics cards, closed up 3%. As of Friday’s close, the company’s stock was up more than 78% year to date.

As of Friday’s closing, Intel shares were down nearly 20% this year.