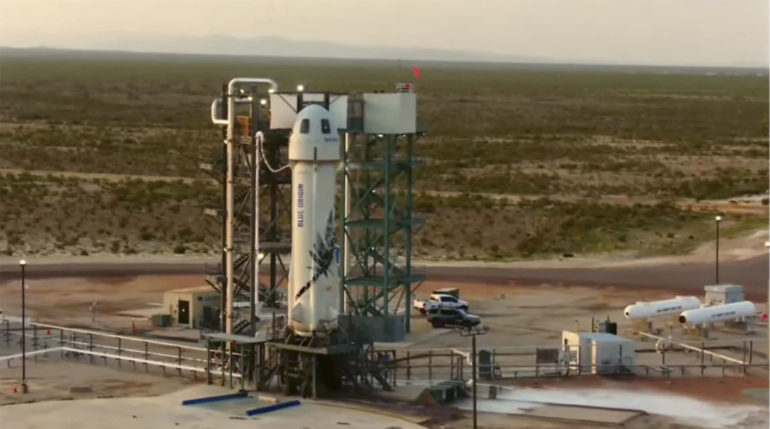 Shatner, who famously played Capt. Kirk in the original “Star Trek” television series, is now the oldest person to fly into space, at 90. The record was previously held by aerospace pioneer Wally Funk, who at 82 flew on Blue Origin’s first crewed launch in July.

The rocket launched from Blue Origin’s private facility in West Texas, reaching above 100 kilometers (or more than 340,000 feet altitude) before returning to Earth safely a few minutes later. From start to finish, the launch lasted about 11 minutes. The crew experienced about three minutes of weightlessness.

New Shepard’s capsule accelerated to more than three times the speed of sound to pass beyond the 80 kilometer boundary (about 50 miles) the U.S. uses to mark the edge of space. The capsule is flown autonomously, with no human pilot, and returned under a set of parachutes to land in the Texas desert.

The New Shepard rocket booster is also reusable, and landed on a concrete pad near the launch site. NS-18 was the fourth launch and landing for this booster.

The company also flies New Shepard on cargo missions, such as the one in August, which carry research payloads in the capsule.