Making progress towards quantum technologies based on magnetic molecules 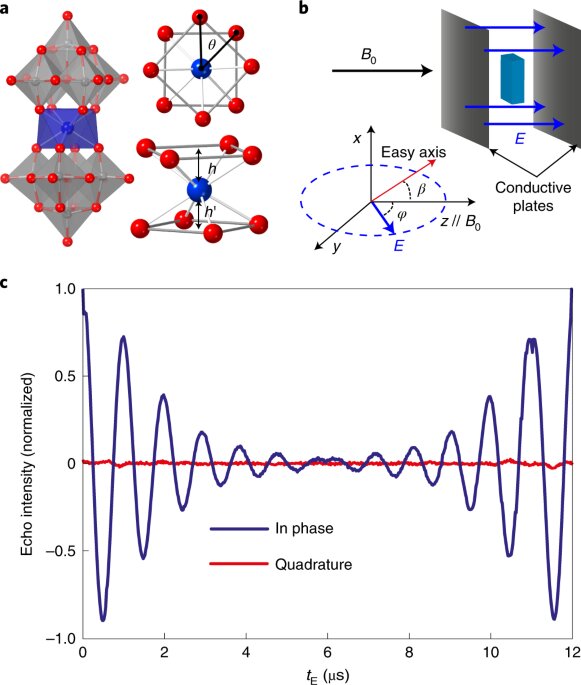 An international research team, with the participation of the Institute of Molecular Science (ICMol) of the University of Valencia, has achieved spin-electric control in molecular nanomagnets. This fact offers great advantages when preparing quantum devices based on magnetic molecules. The work has been published in the journal Nature Physics.

For some time, science has been looking for viability in the development of devices based on quantum bits (qubits), basic units of a quantum computer. In magnetic materials, a possible qubit is provided by the spin-quantum property of elementary particles such as the electron. In this context, the electrical control of spin offers important advantages for the development of quantum computing and, in general, quantum technologies.

An international research team with the participation of ICMol has taken a step forward in this field by achieving this challenge using molecular nanomagnets.

“Experimentally, we put a glass formed by these molecular nanomagnets between two electrodes separated by 2 mm; we applied a voltage of 200 V for a few microseconds and, with the electric field generated, we controled the quantum state of the molecules, which opens an independent path of communication between them,” points out Alejandro Gaita-Ariño, researcher at ICMol. “The fact that electronic circuits are so well developed, even at the nanotechnological level, serves as a model for us to prepare quantum devices based on magnetic molecules,” he adds.

The study analyzes a molecular nanomagnet in which a small structural distortion establishes transitions between quantum states, called ‘atomic clock’ states, which are protected from magnetic noise. This minimizes inconsistency and thus controls the information to an unprecedented degree. The researchers show coherent electrical control of the quantum spin state and exploit it to independently manipulate the two magnetically identical but opposite-oriented molecules. “This allows us to take advantage for the first time of the potential of the electric field as a key player for qubit control,” says team member José J. Baldoví. “The advantage of our approach is that, contrary to what happens with magnetic fields, an electric field can control quickly and on a nanoscale the quantum state of spin qubits,” says Eugenio Coronado, ICMol researcher and also a member of the team.

These findings pave the way for the use of molecular spins in quantum technologies. In addition to scientists from the University of Valencia, researchers from the University of Oxford are taking part in the study. The research is part of the FATMOLS (FAult Tolerant MOlecular Spin processor) project, carried out by the only European consortium working on the development of quantum computing based on molecular magnetism and funded by the FET-open Challenging Current Thinking European subsidies.