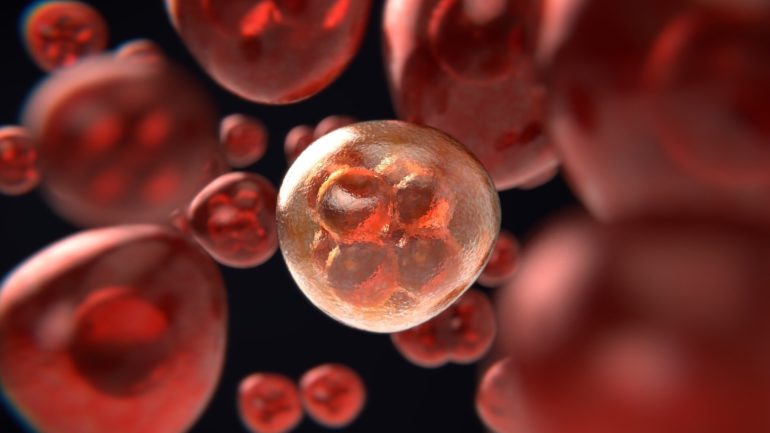 Researchers from Uppsala University show in a new study that inhibition of the protein EZH2 can reduce the growth of cancer cells in the blood cancer multiple myeloma. The reduction is caused by changes in the cancer cells’ metabolism. These changes can be used as markers to discriminate whether a patient would respond to treatment by EZH2 inhibition. The study has been published in the journal Cell Death & Disease.

Multiple myeloma is a type of blood cancer where immune cells grow in an uncontrolled way in the bone marrow. The disease is very difficult to treat and is still considered incurable, and thus it is urgent to identify new therapeutic targets in the cancer cells.

The research group behind the new study has previously shown that cultivated multiple myeloma cells had reduced growth and were even killed if they were treated with a substance that inhibited the EZH2 protein. Now they found that EZH2 inhibition also reduced cancer growth in a multiple myeloma mouse model.

“We treated mice with a type of cancer that corresponds to human multiple myeloma with a substance that inhibits EZH2 and discovered several signs that the treated mice had slower cancer growth than non-treated mice. This provided further evidence for the potential of EZH2 as a target for clinical intervention,” says Helena Jernberg Wiklund, professor at the Department of Immunology, Genetics and Pathology, who has led the study.

To study this phenomenon further, the researchers employed a global analysis of cellular metabolites in combination with analysis of gene activity. Sensitivity was found to be associated with alterations in specific metabolic pathways in the cells.

“In cells that were sensitive to EZH2 inhibition, the methionine cycling pathways were altered, an effect we did not detect in non-sensitive cells. This alteration was caused by a downregulation of methionine cycling-associated genes,” says Jernberg Wiklund.

The alterations in metabolite abundance in the methionine cycling pathways could be used as markers to discriminate whether a patient is responding to EZH2 inhibition, which is of great importance for the potential clinical use of this treatment.

“Our findings provide an increased understanding of the mechanisms behind the sensitivity of multiple myeloma cells to EZH2 inhibition. They also highlight that global analysis of metabolites and gene activity are powerful tools and when used together, they provide a better understanding of what happens in cancer cells when exposed to novel treatments. We believe that our results are relevant to both preclinical and clinical researchers, as a step towards finding new ways to treat patients with multiple myeloma,” says Jernberg Wiklund.

Inhibition of EZH2 might be new therapy of multiple myeloma