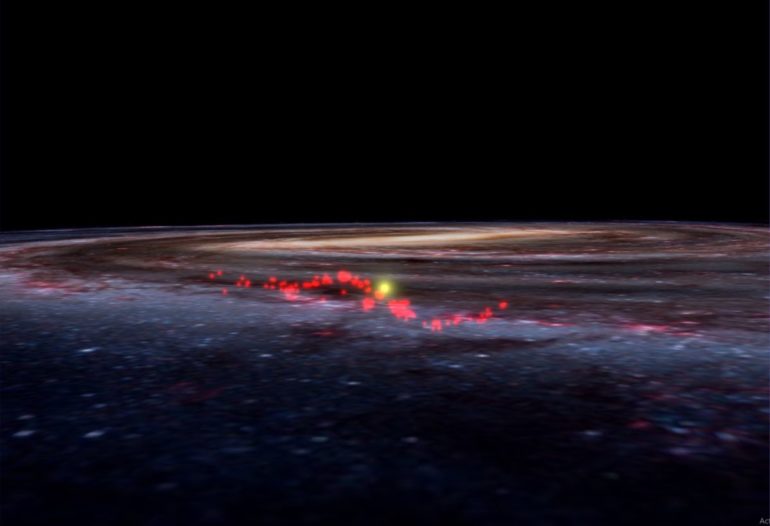 Orion’s belt may be more than just a waist of space.

According to new research published today (Jan. 7) in the journal Nature, the girdled constellation may also be a small piece of the single largest structure ever detected in the Milky Way galaxy — a swooping stream of gas and baby stars that astronomers have dubbed “the Radcliffe Wave.”

When observed in 3D atop the rest of the Milky Way, this swooping suburb of baby-booming stars appears to be more than just the sum of its parts, study co-author João Alves said in a statement.

PSN is down: outage means online gaming hiccups for PS5, other PlayStation consoles

“What we’ve observed is the largest coherent gas structure we know of in the galaxy,” said Alves, a professor of astrophysics at the University of Vienna. “The sun lies only 500 light-years from the wave at its closest point. It’s been right in front of our eyes all the time, but we couldn’t see it until now.”

Alves and an international team of colleagues detected the Radcliffe Wave (named for Harvard’s Radcliffe Institute for Advanced Study, where the bulk of the research was conducted) while creating a 3D map of the Milky Way with data gathered largely by the European Space Agency’s Gaia…