NASA offers you to get your boarding pass for Mars!

NASA offers you to get your boarding pass for Mars! Although it is technically only your name. Indeed, it is very likely that most lambda people living today will not be able to visit the red planet physically. However, thanks to NASA, we can all put a small personal mark …

In July 2020, NASA will send the rover Mars 2020 on the red planet: the latter will be looking for a trace of microbial life. As part of this project, the US Space Agency has decided to launch a campaign called “Send your name”, which aims to register the names of all the people who participated, on the rover in question, leaving a trace to long term on the red planet!

Two years ago, NASA proposed to the general public to send their name to space through the Insight mission. At the time, 2.4 million names had been etched and sent to Mars with the lander’s lander. NASA reiterates this special invitation with its March 2020 mission. 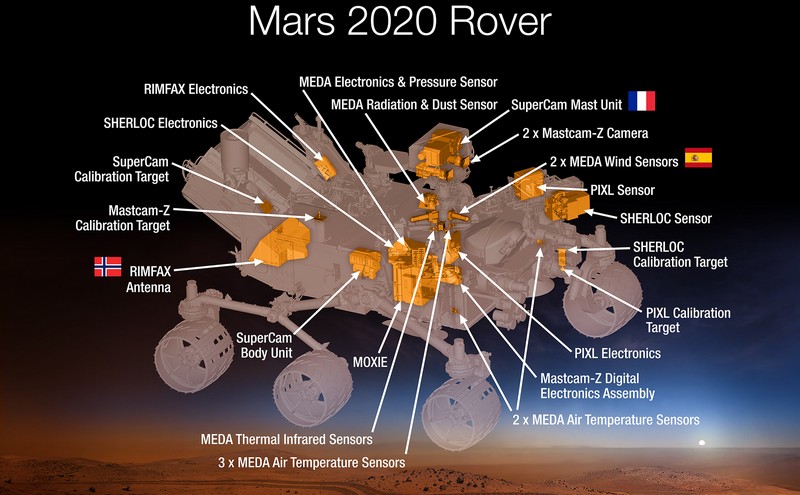 Of course, this list of names will not be easy to read because the Jet Propulsion Laboratory (JPL) will use an electron beam to burn about a million names on a silicon chip the size of a US cent coin (As a result, lines of text will be about 1000 times smaller than the diameter of a human hair) …

However, and in any case, if you participate and you send your name to NASA, you will receive an official “boarding pass”, proving that your name is indeed related to Mars.

This option is available to everyone (as long as you can connect to the internet), and requires only your first name, last name, country and postal code, as well as your e-mail address. NASA, however, warns that the inclusion is “subject to review” and stated that jokers and spammers will not be admitted.

It is possible to register until September 30th.

In exchange, you will receive your boarding pass. There are also loyalty points on this document that correspond to the number of kilometers that will be made by your name.

NASA has also taken the opportunity to set up an internet page acting as a loyalty club, where you can see your so-called loyalty points and the date you are “Martian”:

NASA’s Mars 2020 mission will be officially launched in July 2020. The rover should then land on the surface of the red planet on February 18, 221.

In any case, even if it’s purely symbolic, it’s hard not to be excited about having a tiny part of yourself on Mars, the red planet …

At the time of writing this article, there are already more than 3.6 million registered!