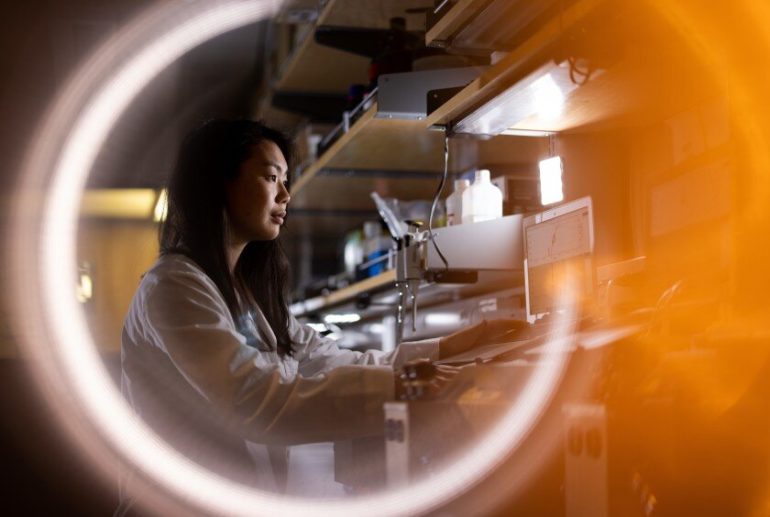 For years, research to pin down the underlying cause of Alzheimer’s disease has been focused on plaque found to be building up in the brain in AD patients. But treatments targeted at breaking down that buildup have been ineffective in restoring cognitive function, suggesting that the buildup may be a side effect of AD and not the cause itself.

A new study led by a team of Brigham Young University researchers finds novel cellular-level support for an alternate theory that is growing in strength: Alzheimer’s could actually be a result of metabolic dysfunction in the brain. In other words, there is growing evidence that diet and lifestyle are at the heart of Alzheimer’s disease.

“Alzheimer’s disease is increasingly being referred to as insulin resistance of the brain or type 3 diabetes,” said senior study author Benjamin Bikman, a professor of physiology and developmental biology at BYU. “Our research shows there is likely a lifestyle origin to the disease, at least to some degree.”

For the new study, published in academic journal Alzheimer’s & Dementia, the BYU research team examined RNA sequences in 240 post-mortem Alzheimer’s disease-impacted brains. They were looking specifically at the gene expression of nervous system support cells during two types of metabolism: glucose metabolism, where carbohydrates are broken down to provide energy, and something called ketolytic metabolism.

Ketolytic metabolism involves the brain creating energy from ketones, molecules made in our body when the hormone insulin is low and we are burning relatively higher amounts of fat. The popular “Keto Diet” is named after the process since that low-carb, high-protein diet lowers insulin levels and causes the body to burn fat instead of carbs and produce ketones.

The researchers found widespread glucose metabolism impairment in those nervous system support cells of the brains of former Alzheimer’s disease patients, but limited ketolytic metabolism impairment. The finding is significant because the brain is like a hybrid engine, with the ability to get its fuel from glucose or ketones, but in the Alzheimer’s brains studied, there appears to be a fundamental genetic deficit in the brain’s ability to use glucose.

“We’ve turned the hybrid engine of our brains into a mono-fuel system that just fails to thrive,” Bikman said. “And so, the brain, which is progressively becoming deficient in its ability to use glucose, is now crying out for help; it’s starving in the midst of plenty. The body is swimming in a sea of glucose, but the brain just can’t use it.

“The inability to use glucose increases the value of ketones. However, because the average person is eating insulin-spiking foods so frequently, there’s never any ketones available to the brain,” Bikman added. “I look at these findings as a problem we’ve created and that we’re making worse.”

Previous research has observed that the brains of people with AD have a quantifiable reduction in the ability to take in and use glucose, but this paper is the first to show it actually happens at the cellular level. It’s a significant contribution to the growing paradigm shift in regards to the scientific view of the causes of Alzheimer’s.

And since ketolytic metabolism seems to keep working fine in people with AD, even when glucose metabolism gives out, the paper concludes that treatments involving ketones may be able to support brain metabolism and slow the cognitive decline associated with the disease.

Probing for life in the icy crusts of ocean worlds