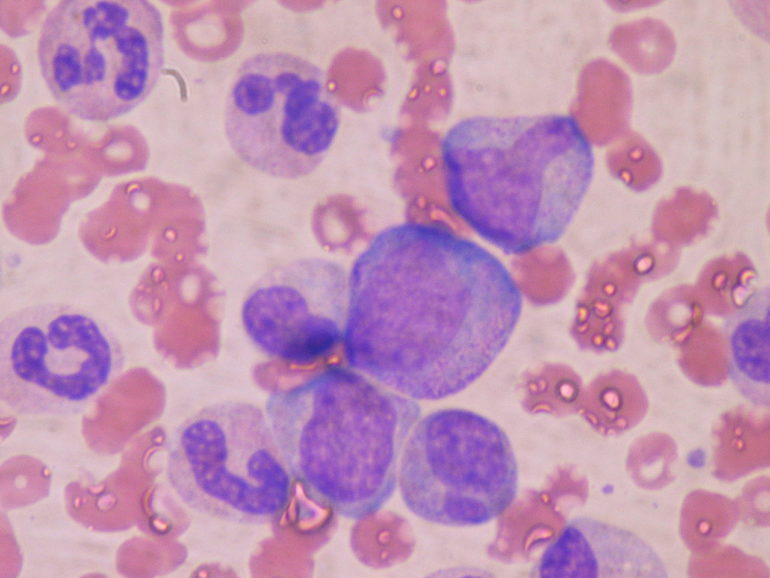 A team of researchers from the Albert Einstein College of Medicine and the University of North Carolina at Chapel Hill has discovered that nociceptive nerves found in bone marrow help to regulate hematopoietic stem cell mobilization. In their paper published in the journal Nature, the group describes their work, in which they attempted to learn more about nociceptive nerves found in bone marrow. Anastasia Tikhonova and Iannis Aifantis with the University Health Network, Toronto and New York University’s Grossman School of Medicine, respectively, have published a News and Views piece on the work done by the researchers in the same journal issue.

As Tikhonova and Aifantis note, hematopoietic stem cells (HSCs) originate in bone marrow—they grow into blood and immune cells, which make their way into the bloodstream via a process called hematopoiesis. Prior to mobilization, HSCs reside in special niches inside of bone marrow—they only mobilize when needed. In people being treated for leukemia and other blood cancers, HSCs are collected from the bone marrow using special drugs and stored for the duration of chemotherapy. Then the HSCs are replaced so that they can replenish the immune cells that were lost. Unfortunately, in some people, collecting HSCs can be problematic because the HSCs refuse to be enticed out of their niches. In this new effort, the researchers were studying nociceptive nerves in bone marrow hoping to learn why they exist in bone marrow—in other parts of the body, such as the skin, they play a role in pain sensation. The researchers found that they play a role in hematopoietic stem cell mobilization.