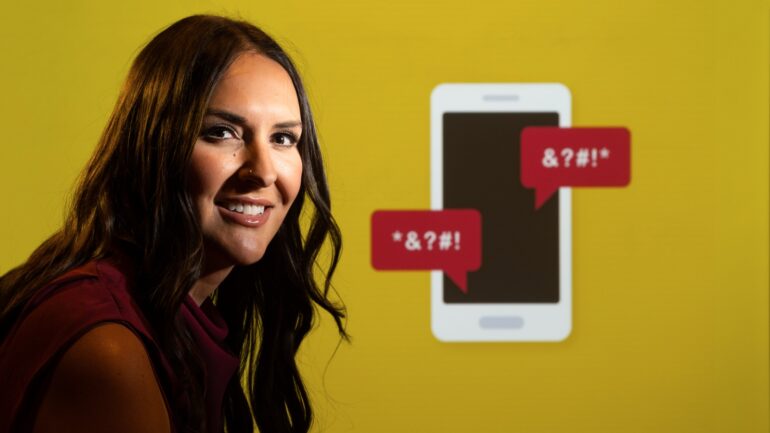 Profanity in online reviews can pack a powerful punch, says a University of Alberta business researcher.

According to Katherine Lafreniere, an expletive or two in a review can enhance an evaluation of a service or product, especially when qualifying descriptions of a given attribute.

That means a dishwasher described as “damn quiet,” for example, is perceived as more desirable than one described without the indecorous adverb.

“First, readers tend to infer that the dishwasher is quieter than just quiet, but also that the reviewer feels strongly about the assessment,” rendering it more persuasive, says Lafreniere.

Lafreniere and her colleagues analyzed perceptions of a range of profane “degree adverbs” in random word-of-mouth reviews collected from Amazon and Yelp.

Reviews with profanity were rated as more helpful than reviews without it—perhaps not surprising given that, according to one 2009 study, between 5% and 7% of all words used in daily conversation are expletives, says Lafreniere.

Limited and selective use of profanity conveys two crucial points of information to the reader, according to Lafreniere’s study, published in the Journal of Marketing Research and co-authored by U of A business professors Sarah Moore and Robert Fisher.

They found there is a “negativity bias” when readers confront words conveying some degree of their original taboo meaning. In other words, they simply attract more attention than neutral or positive words.

When profanity is used in other contexts than online reviews—face-to-face conversation or brand advertising—the same rules may not apply, says Lafreniere, adding that profanity directed at people is not well tolerated.

“Other research has shown that when swear words are directed at, say, a server in a restaurant, people get negative impressions of the reviewer’s objectivity, so it’s not useful.”

Whether the word in a review is an explicit swear word or a euphemistic expression like “darn,” both convey the same two positive points of information about the reviewer and the product or service.

So what’s the take-away for companies publishing online reviews?

“Maybe not just allowing it full throttle, but rather updating guidelines to allow it when it’s meant to be informative,” says Lafreniere, adding that “less is better.”

“If you use swear words purposefully and minimally, they have power. When you get past four or five uses, it becomes unclear whether it isn’t just something about the reviewer’s vocabulary, or who they are as a person.”