Prominent researchers have an easier time getting work published 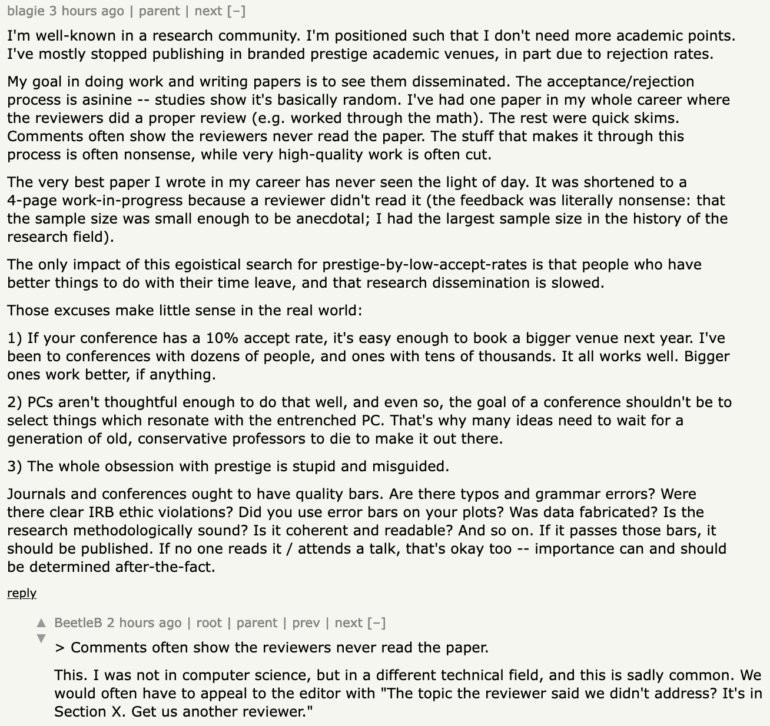 Research work by renowned researchers is rated significantly better than work by lesser-known researchers, despite the same quality. This was the conclusion reached by a team of researchers led by Jürgen Huber from the Department of Banking and Finance in a recently published study. The collaboration of Vernon Smith, winner of the 2002 Nobel Prize in Economics, was crucial to the success of the study.

To prove the unequal treatment in the review process of articles in scientific journals, the six-member research team from the Universities of Innsbruck and Graz and the Chapman University in the U.S. conducted a simple experiment: Vernon Smith, winner of the 2002 Nobel Prize in Economics and professor at Chapman University in the U.S., wrote a scientific article together with junior scientist Sabiou Inoua, who also conducts research at Chapman University. The two authors submitted their article to the Journal of Behavioral and Experimental Finance for peer review. Stefan Palan, professor at the University of Graz, editor of the journal and member of the research team, distributed the article to a total of 3,300 peer reviewers—534 of whom accepted the invitation.

Information on the author crucial

Rudolf Kerschbamer, professor at the Department for Economic Theory, Policy and History at the University of Innsbruck attributes this result to the “Halo Effect”: “This phenomenon, known from social psychology, states that actions and works by people of whom one has a positive impression are generally perceived more positively than those by unknown people or by people whom one does not trust as much.”

The research team considers the results to constitute an important trigger to start rethinking the scientific review process. “As scientists, we are constantly working to improve our methods and processes. This is why the results of our current study have attracted a great deal of interest, particularly in the academic world. Journal editors are already testing new methods to better check and ensure the quality of scientific research results,” says Christian König genannt Kersting, research associate at the Department of Banking and Finance at the University of Innsbruck.