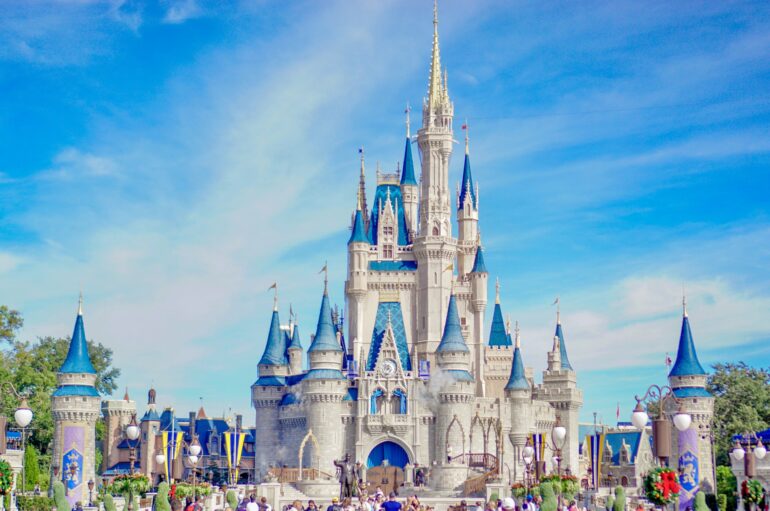 Most profit-driven companies respond to their customers’ preferences, but apparently Walt Disney Studios doesn’t have to follow that strategy, at least when it comes to the values it assigns to the heroes and villains found in its feature-length films, according to a study led by University at Buffalo researchers.

Lindsay Hahn, Ph.D., an assistant professor of communication in the UB College of Arts and Sciences, Tahleen Lattimer, a graduate student in the Department of Communication, and their co-authors tested whether there was a change in Disney’s value-laden content over time based on the box office success of previous Disney pictures.

If audiences like seeing altruistic heroes and egotistical villains, there’s an assumption that they would seek out those qualities in future movies, increasing box office potential.

“But we don’t see that,” says Hahn, the study’s corresponding author and an expert in media psychology.

Hahn says it’s not surprising her study shows Disney heroes to be altruistic and moral while its villains are egotistic and selfish, but what is surprising is that the results suggest no deviation to this over time.

“Disney holds to this pattern regardless of what audiences like and don’t like, and they don’t appear to change what they do based on audience appeal,” she says. “There’s obviously an extensive green-lighting process going on before these films ever see the light of day, but Disney’s enduring popularity is likely at work here. The Disney brand alone is enough to predict success.”

The findings appear in the Journal of Broadcasting & Electronic Media.

“Questions surrounding the effects of Disney content on audiences’ value systems are as old as Disney films, so we should try to understand how the values in these productions are being portrayed,” says Hahn. “We’ve even seen recent movies that abandon heroes to focus largely on villains, like ‘Maleficent.'”

For the study, Hahn’s research team conducted a content analysis of all 734 Disney Studios films by reading a synopsis of each movie and rating the values of the heroes and villains. All of the films from the study featured a single narrative and characters with dialogue. Nature documentaries, concert films, anthologies, and musicals without dialogue were not included.

The researchers then trained human coders on the model of intuitive-motivation and exemplars (MIME), a recent theoretical advancement that provides a framework for investigations such as the current study. The MIME’s long-term component suggests a reciprocal relationship between media and audiences. If audiences appraise media content higher when it presents values that they like, then creators in turn are more likely to produce content featuring those values.

Although Hahn observed no relationship between the number of films produced and box office earnings of value-consistent films, several factors lead her to the conclusion that absence of evidence is not evidence of absence.

“I think that even without clear evidence in our study for this claim, it makes logical sense that profit-driven media creators like Disney would want to create content that they know their audience would like, otherwise profits would be at risk,” she says. “Given the likelihood that creators are responding to audience preferences, it could be that we simply need to develop more sensitive methods for assessing entertainment content in order to aim for a better test of MIME’s long-term component, which our team is working on for a follow-up study.”

“We might also say that Disney doesn’t need to react to any changes in audiences’ value preferences because they have been successful in the past and continue to be, but at the same time, we should be trying to answer questions about how this is affecting audiences.”

When society worries about COVID, concerns about climate change subside

Because Disney has such a steady presence in American culture, Hahn says this study is a good initial test of the long-term processes it examined.

“In addition to developing more nuanced testing, future research might look to political talk shows to explore if preferences for certain values shape content or if the nature of content is shifting audiences’ values over time.”