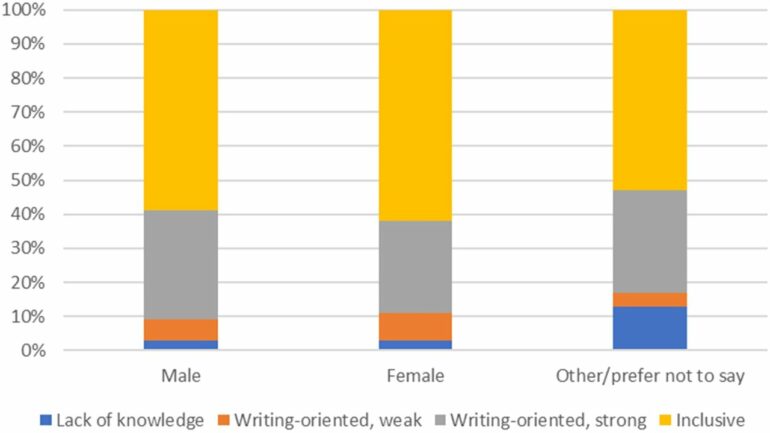 A recently published survey study of Ph.D. students reveals that an ethically questionable culture for assigning authorships to research papers is widespread within the medical and natural sciences across Europe.

Under the hashtag #pleasedontstealmywork, dozens of Danish Ph.D. students shared their experiences last spring concerning powerful researchers who use their position to gain co-authorships on papers to which they have not made a significant contribution.

A new international study led by researchers from the Department of Food and Resource Economics (IFRO) and the Department of Science Education (IND) at the University of Copenhagen now shows that these stories were only the tip of the iceberg.

“There are major differences across faculties, but our study shows that around a third of all Ph.D. students working in five different European countries have granted a co-authorship to a more powerful researcher, even though the person had not made a significant contribution to the study,” says Mads Paludan Goddiksen, postdoc at IFRO, and first author of the study.

The Danish minister of higher education and research, Christine Egelund (M), tells Videnskab.dk that she finds the results worrying, and that the ministry will initiate further investigations.

The study, published in PLOS One, was conducted by an international team of researchers led from the University of Copenhagen. In the survey, 1,336 Ph.D. students from a wide range of research fields in five European countries were asked if they had granted at least one co-authorship to a person in power even though the person had not made a significant contribution to the study. 34% said yes.

“Guest authorships like these make it difficult to see who has actually contributed to the study and skews the competition among researchers for positions and funding,” says Mads Goddiksen.

Guest authorships are a means to maintain good relations

The problem with guest authorships is biggest within the medical sciences, where 49% of the Ph.D. students had granted a guest authorship to a person in power. In the natural and technical sciences (STEM) it was 42%. In the other faculties, it was much less.

Goddiksen and colleagues also asked the Ph.D. students who had granted a guest authorship to a person in power, why they had done it. To this, 49% responded that at least a partial reason was that they had been told to do so by the person in power—14% gave this as the only reason.

“In addition, it seems that some Ph.D. students accept that more powerful researchers become guest authors on their papers to avoid conflicts,” says Mads Goddiksen. “We see that half of those who have granted guest authorship to a person in power indicate that they did it, at least partly, to maintain a good relationship to the person in power.”

The results are backed by a 2022 study published in the Journal of Academic Ethics where 287 recently graduated Ph.D. candidates from medical faculties in Scandinavia were asked if they had granted a guest authorship. Around a third said yes.

Both studies give only the perspective of the Ph.D. students, while the perspective of supervisors and other powerful researchers has not been included, Mads Goddiksen emphasizes. Nor do the studies take into account that researchers from the natural and medical sciences generally publish a lot more papers than researchers from the humanities and social sciences, which could which could increase the likelihood of being asked to grant a guest authorship.

A change in culture is required

One of the researchers behind the study, Peter Sandøe, who is Head of Section at IFRO, as well as professor at the Faculty of Health and Medical Sciences and vice chair of the University’s practice committee, says that the results show an ethically questionable culture that goes against good scientific practice.

“It is the result of a problematic culture of authorship attribution that is deeply engrained. This may also mean that the problem is hard to get rid of. When I have raised this with influential researchers, the responses are either that the Ph.D. students don’t know how much the senior researchers are contributing, or that our courses in responsible conduct of research for Ph.D. students, postdocs and supervisors will solve the problem over time. Some even argue that it will affect their ability to compete with peers if they grant fewer guest authorships than is done at other universities,” says Peter Sandøe.

Peter Sandøe therefore believes that a culture change is required. One way of doing this is by changing how the researchers are assessed. He has, for instance, been involved in assessing applications to the Swedish foundation Riksbankens Jubilæumsfond. This foundation has introduced the rule that applicants are not allowed to give their H-index, full publication lists or other quantitative measures of their research in the application. They may only provide their project application, and their five most relevant publications. Peter Sandøe hopes that such incentives to focus on quality rather than quantity will become more widespread.

“In this way, we focus on assessing researchers on their best publications, not the number of publications. This can hopefully create a culture without the incentives that push researchers into always needing more citations and publications. As it is now, these incentives create imbalances and undesirable side effects in the system. Researchers who have many guest authorships will appear to have produced more than they really have. This also means that in the current system, people who behave in an ethically problematic way get a head start in the competition. This needs to change,” says Peter Sandøe.