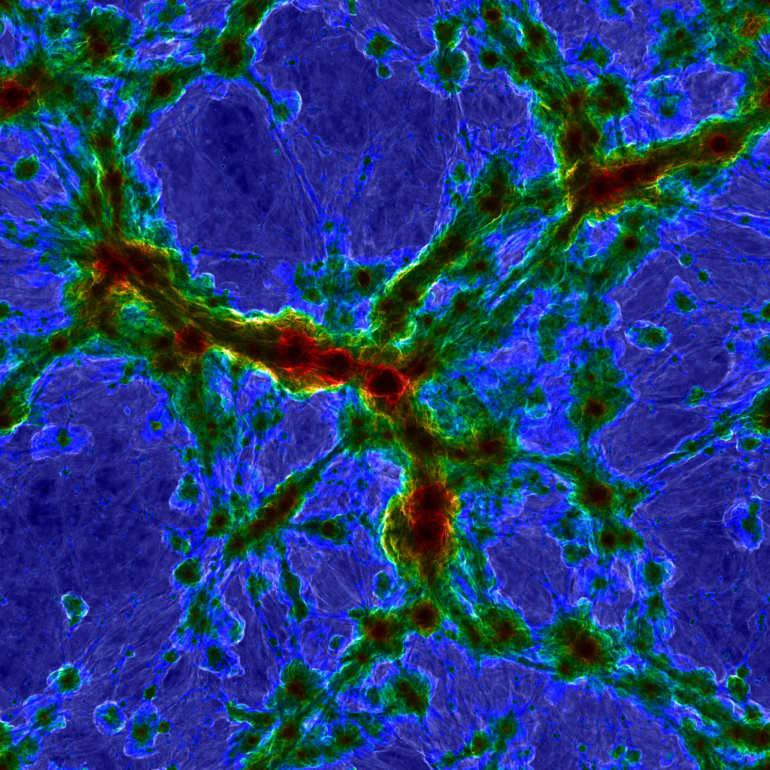 The formation of galaxies is a complex dance between matter and energy, occurring on a stage of cosmic proportions and spanning billions of years. How the diversity of structured and dynamic galaxies we observe today arose from the fiery chaos of the Big Bang remains one of the most difficult unsolved puzzles of cosmology.

In search of answers, an international team of scientists has created the most detailed large-scale model of the universe to date, a simulation they call TNG50. Their virtual universe, some 230 million light-years wide, contains tens of thousands of evolving galaxies with levels of detail previously seen only in single-galaxy models. The simulation tracked more than 20 billion particles representing dark matter, gases, stars and supermassive black holes, over a 13.8-billion-year period.

The unprecedented resolution and scale allowed the researchers to gather key insights into our own universe’s past, revealing how various oddly shaped galaxies morphed themselves into being and how stellar explosions and black holes triggered this galactic evolution. Their results are published in two articles to be featured in the December 2019 issue of the journal Monthly Notices of the Royal Astronomical Society.

TNG50 is the latest simulation created by the IllustrisTNG Project, which aims to build a complete picture of how our universe evolved since the Big Bang by producing a large-scale universe without sacrificing the fine details of individual galaxies.

“These simulations are huge datasets where we can learn a ton by dissecting and understanding the formation and evolution of galaxies within them,” said Paul Torrey, associate professor of physics at the…