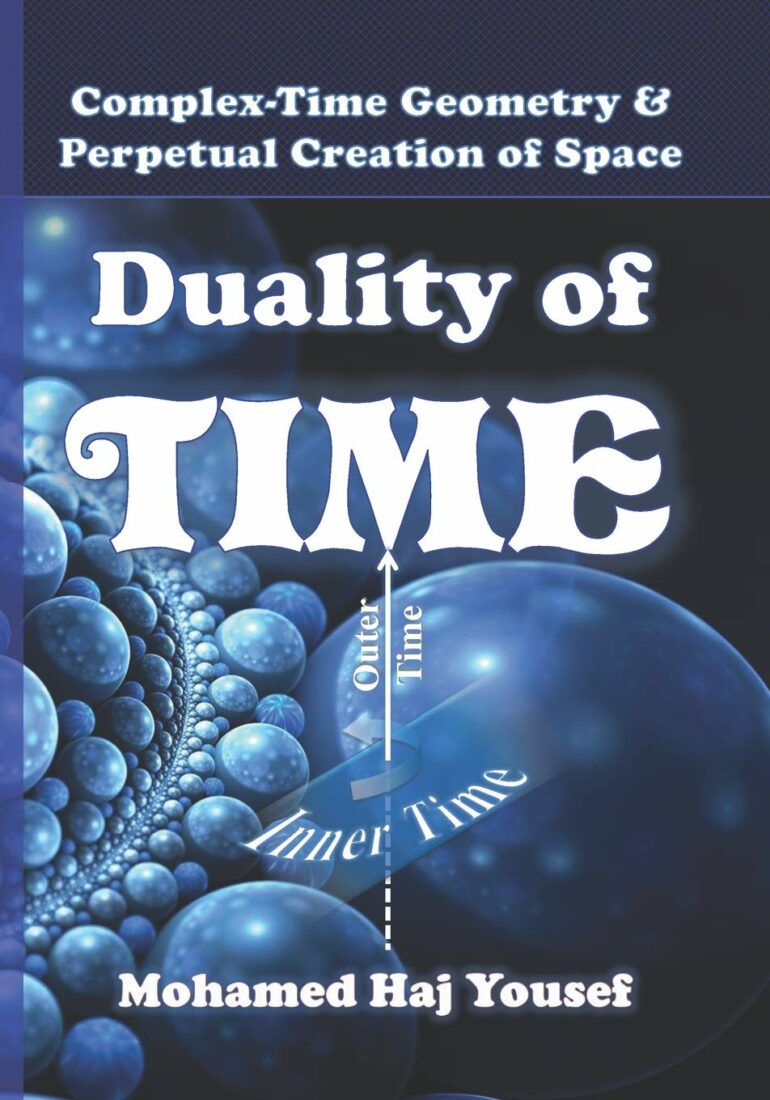 In conventional wisdom, producing a curved space requires distortions, such as bending or stretching a flat space. A team of researchers at Purdue University have discovered a new method to create curved spaces that also solves a mystery in physics. Without any physical distortions of physical systems, the team has designed a scheme using non-Hermiticity, which exists in any systems coupled to environments, to create a hyperbolic surface and a variety of other prototypical curved spaces.

“Our work may revolutionize the general public’s understanding of curvatures and distance,” says Qi Zhou, Professor of Physics and Astronomy. “It has also answered long-standing questions in non-Hermitian quantum mechanics by bridging non-Hermitian physics and curved spaces. These two subjects were assumed to be completely disconnected. The extraordinary behaviors of non-Hermitian systems, which have puzzled physicists for decades, become no longer mysterious if we recognize that the space has been curved. In other words, non-Hermiticity and curved spaces are dual to each other, being the two sides of the same coin.”

The team recently published their findings in Nature Communications. Of the members of the team, most work at Purdue University’s West Lafayette campus. Chenwei Lv, graduate student, is the lead author, and other members of the Purdue team include Prof. Qi Zhou, and Zhengzheng Zhai, postdoctoral fellow. The co-first author, Prof. Ren Zhang from Xi’an Jiaotong University, was a visiting scholar at Purdue when the project was initiated.

In order to understand how this discovery works, first one must understand the difference between Hermitian and non-Hermitian systems in physics. Zhou explains it using an example in which a quantum particle can “hop” between different sites on a lattice. If the probability for a quantum particle to hop in the right direction is the same as the probability to hop in the left direction, then the Hamiltonian is Hermitian. If these two probabilities are different, the Hamiltonian is non-Hermitian. This is the reason that Chenwei and Ren Zhang have used arrows with different sizes and thicknesses to denote the hopping probabilities in opposite directions in their plot.

“Typical textbooks of quantum mechanics mainly focus on systems governed by Hamiltonians that are Hermitian,” says Lv. “A quantum particle moving in a lattice needs to have an equal probability to tunnel along the left and right directions. Whereas Hermitian Hamiltonians are well-established frameworks for studying isolated systems, the couplings with the environment inevitably lead to dissipations in open systems, which may give rise to Hamiltonians that are no longer Hermitian. For instance, the tunneling amplitudes in a lattice are no longer equal in opposite directions, a phenomenon called nonreciprocal tunneling. In such non-Hermitian systems, familiar textbook results no longer apply and some may even look completely opposite to that of Hermitian systems.  For instance, eigenstates of non-Hermitian systems are no longer orthogonal, in sharp contrast to what we learned in the first class of an undergraduate quantum mechanics course. These extraordinary behaviors of non-Hermitian systems have been intriguing physicists for decades, but many outstanding questions remain open.”

He further explains that their work provides an unprecedented explanation of fundamental non-Hermitian quantum phenomena. They found that a non-Hermitian Hamiltonian has curved the space where a quantum particle resides. For instance, a quantum particle in a lattice with nonreciprocal tunneling is in fact moving on a curved surface. The ratio of the tunneling amplitudes along one direction to that in the opposite direction controls how large the surface is curved. In such curved spaces, all the strange non-Hermitian phenomena, some of which may even appear unphysical, immediately become natural. It is the finite curvature that requires orthonormal conditions distinct from their counterparts in flat spaces. As such, eigenstates would not appear orthogonal if we used the theoretical formula derived for flat spaces. It is also the finite curvature that gives rise to the extraordinary non-Hermitian skin effect that all eigenstates concentrate near one edge of the system.

Now that the team has published their findings, they anticipate it spinning off into multiple directions for further study. Physicists studying curved spaces could implement their apparatuses to address challenging questions in non-Hermitian physics. Also, physicists working on non-Hermitian systems could tailor dissipations to access non-trivial curved spaces that cannot be easily obtained by conventional means. The Zhou research group will continue to theoretically explore more connections between non-Hermitian physics and curved spaces. They also hope to help bridge the gap between these two physics subjects and bring these two different communities together with future research.