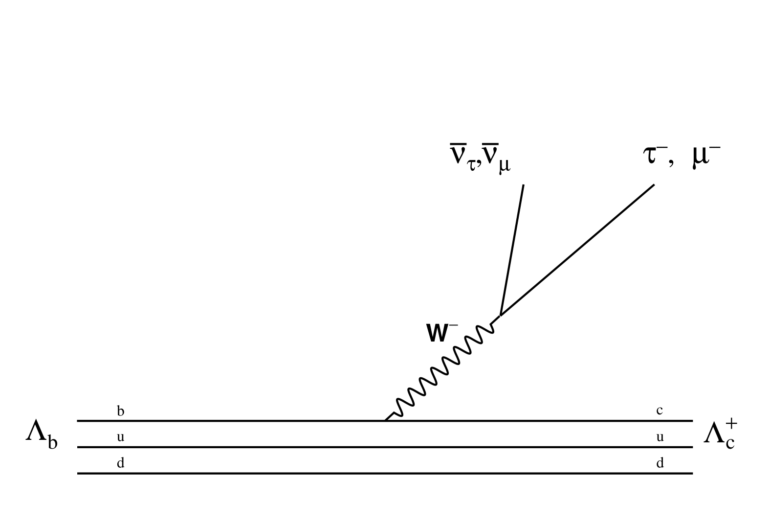 Today the international LHCb collaboration at the Large Hadron Collider (LHC) presented new measurements of rare particle transformations, or decays, that provide one of the highest-precision tests yet of a key property of the Standard Model of particle physics, known as lepton flavor universality.

Previous studies of these decays had hinted at intriguing tensions with the theoretical predictions, potentially due to the effects of new particles or forces. The results of the improved and wider-reaching analysis based on the full LHC dataset collected by the experiment during Run 1 and Run 2, which were presented at a seminar at CERN held this morning, are in line with the Standard Model expectation.

A central mystery of particle physics is why the 12 elementary quarks and leptons are arranged in pairs across three generations that are identical in all but mass, with ordinary matter comprising particles from the first, lightest generation. Lepton flavor universality states that the fundamental forces are blind to the generation to which a lepton belongs.

In recent years, however, an accumulation of results from LHCb and experiments in Japan and the U.S. have suggested that this might not be the case, generating cautious excitement among physicists that a more fundamental theory—perhaps one that sheds light on the Standard Model’s mysterious flavor structure—might reveal itself at the LHC.

Interest in the “flavor anomalies” peaked in March 2021, when LHCb presented new results comparing the rates at which certain B mesons, composite particles that contain beauty quarks, decay into muons and electrons. According to the theory, decays involving muons and electrons should occur at the same rate, once differences in the leptons’ masses are accounted for. But the LHCb results hinted that B mesons decay into muons at a lower rate than predicted, as indicated by the results’ statistical significance of 3.1 standard deviations from the Standard Model prediction.

The new LHCb analysis, which has been ongoing for the past five years, is more comprehensive. It considers two different B-meson decay modes simultaneously for the first time and provides better control of the background processes that can mimic the decays of B-mesons to electrons. In addition, the two decay modes are measured in two different mass regions, thus yielding four independent comparisons of the decays. The results, which supersede previous comparisons, are in excellent agreement with the principle of lepton flavor universality.

“Measurements of the ratios of rare B-meson decays to electrons and muons have generated much interest in recent years because they are theoretically ‘clean’ and show consistency with a pattern of anomalies seen in other flavor processes,” explains LHCb spokesperson Chris Parkes of the University of Manchester and CERN. “The results shown today are the product of a comprehensive study of the two main modes using our full data sample and applying new, more robust techniques. These results are compatible with the expectation of our theory.”

New datasets will allow LHCb—one of the four large experiments at the LHC at CERN—to investigate lepton flavor universality further, in addition to conducting a wider research program that includes studies of new hadrons, including the search for exotic tetraquarks and pentaquarks and investigation of the differences between matter and antimatter. An upgraded version of the experiment now in operation for LHC Run 3 will collect larger datasets that will allow even higher-precision tests of rare particle decays.

“That such anomalies could potentially have been real shows just how much remains unknown, since theoretical interpretations exposed a myriad of unanticipated possible phenomena. The latest LHCb findings take nothing away from our mission to push the boundary of our knowledge further, and the search for anomalies, guided by experimental hints, goes on.”

Related research is also available on the arXiv preprint server.