Confirming the theory behind the formation of planets, stars and black holes 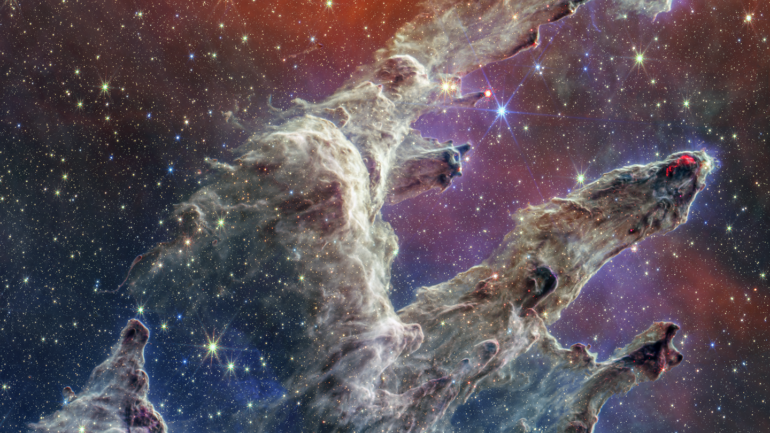 The first laboratory realization of the long-standing but never-before confirmed theory of the puzzling formation of planets, stars and supermassive black holes by swirling surrounding matter has been produced at PPPL. This breakthrough confirmation caps more than 20 years of experiments at PPPL, the national laboratory devoted to the study of plasma science and fusion energy.

The puzzle arises because matter orbiting around a central object does not simply fall into it, due to what is called the conservation of angular momentum that keeps planets and the rings of Saturn from tumbling from their orbits. That’s because the outward centrifugal force balances out the inward pull of gravity on the orbiting matter. However, the clouds of dust and plasma called accretion disks that swirl around and collapse into celestial bodies do so in defiance of the conservation of angular momentum.

The solution to this puzzle, a theory known as the Standard Magnetorotational Instability (SMRI), was first proposed in 1991 by then-University of Virginia theorists Steven Balbus and John Hawley. They built on the fact that in a fluid that conducts electricity, whether the fluid be plasma or liquid metal, magnetic fields behave like springs connecting different sections of the fluid.

This allows ubiquitous Alfvén waves, named after Nobel Prize winner Hannes Alfvén, to create a back-and-forth force between the inertia of the swirling fluid and the springiness of the magnetic field, causing angular momentum to be rapidly transferred between different sections of the disk.

This powerful instability shifts the plasma toward a more stable configuration, the SMRI theory says. The shift pushes the orbit-conserving angular momentum outward toward the rim of the disk, freeing inner sections to collapse over millions of years into the encircled celestial bodies, creating the planets and stars that come out at night. The process has been verified numerically, but never demonstrated experimentally or observationally until now.

“This has remained theoretical until now,” said physicist Yin Wang, lead author of two recent papers, one in September in Physical Review Letters (PRL) and a Nature Communications paper published in August that details the combined experimental, numerical, and theoretical confirmation. Recent results produced on the novel MRI device developed at the laboratory, “have successfully detected the signature of SMRI,” Wang said. Coauthors of the papers include physicists Erik Gilson and Fatima Ebrahimi of PPPL.

“This is great news,” said theory co-developer Steven Balbus. “To now be able to study this in the laboratory is a wonderful development, both for astrophysics and for the field of magnetohydrodynamics more generally.

The MRI device, initially conceived by physicists Hantao Ji of PPPL and Jeremy Goodman of Princeton, both coauthors of these papers, consists of two concentric cylinders that spin at different speeds, creating a flow that mimics a swirling accretion disk. The experiment spun galinstan, a liquid metal alloy enclosed in a magnetic field. The caps that seal the top and bottom of the cylinders rotate at an intermediate speed, contributing to the experimental effect.

Physicists now plan new experimental and numerical studies to further characterize the reported SMRI. One study will test the crucial outward shift of angular momentum by measuring the velocity of the swirling liquid metal together with the dimensions of the magnetic field and the correlations between them.

“These studies will advance the emerging field of interdisciplinary laboratory astrophysics,” Wang said. “They illustrate how astrophysics can be done in laboratories to help solve problems that space telescopes and satellite missions can’t handle on their own, a major achievement for laboratory research.”


Citation:
Confirming the theory behind the formation of planets, stars and black holes (2023, January 12)