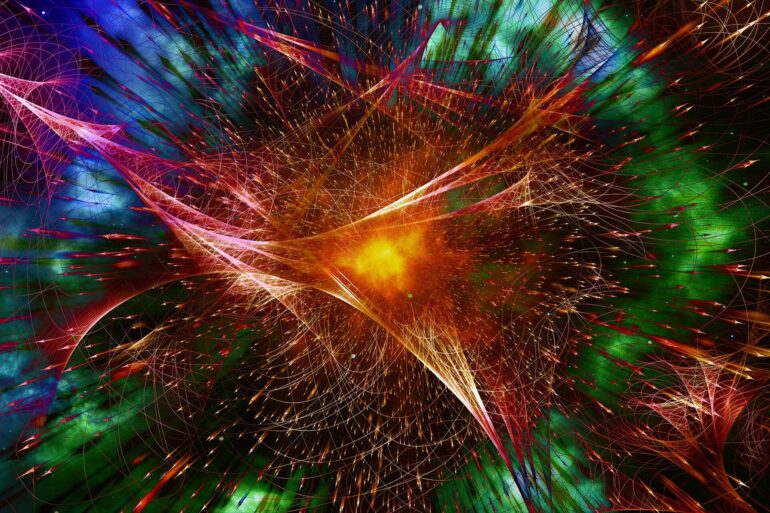 “By applying balanced energy gain and loss to an open quantum system, we found a way to overcome a previously held limitation that assumed interactions with the surrounding environment would decrease quantum chaos,” said Avadh Saxena, a theoretical physicist at Los Alamos National Laboratory and member of the team that published the paper on quantum chaos in Physical Review Letters. “This discovery points to new directions in studying quantum simulations and quantum information theory.”

Quantum chaos differs from classical-physics chaos theory. The latter seeks to understand deterministic (or non-random) patterns and systems that are highly sensitive to initial conditions. The so-called butterfly effect is the most familiar example, whereby the flap of a butterfly’s wings in Texas could, through a bewilderingly complicated but not random chain of cause and effect, lead to a tornado in Kansas.

On the other hand, quantum chaos describes chaotic classical dynamical systems in terms of quantum theory. Quantum chaos is responsible for the scrambling of information occurring in complex systems such as blackholes. It reveals itself in the energy spectra of the system, in the form of correlations between its characteristic modes and frequencies.

It has been believed that as a quantum system loses coherence, or its “quantumness,” by coupling to the environment outside the system—the so-called quantum to classical transition—the signatures of quantum chaos are suppressed. That means they can’t be exploited as quantum information or as a state that can be manipulated.

It turns out that’s not entirely true. Saxena, University of Luxembourg physicists Aurelia Chenu and Adolfo del Campo, and collaborators found that the dynamical signatures of quantum chaos are actually enhanced, not suppressed, in some instances.

The energy values in the spectra of the quantum system were previously thought to be complex numbers—that is, numbers with an imaginary number component—and thus not useful in an experimental setting. But by adding energy gain and loss at symmetrical points in the system, the research team found real values for the energy spectra, provided that the strength of gain or loss is below a critical value.

By changing the decoherence, Saxena and del Campo explained, the filter allows better control of energy distribution in the system. That can be useful in quantum information, for example.

The team’s paper builds on previous theoretical work by Carl Bender (of Washington University at St. Louis and former Ulam scholar at Los Alamos) and Stefan Boettcher (formerly of Los Alamos and now at Emory University). They found that, contrary to the accepted paradigm from the early twentieth century, some quantum systems yielded real energies under certain symmetries even though their Hamiltonian was not Hermitian, which means it satisfies certain mathematical relations. In general, such systems are known as non-Hermitian Hamiltonians. A Hamiltonian defines the energy of the system.

“The prevailing understanding was that decoherence suppresses quantum chaos for Hermitian systems, with real energy values,” Saxena said. “So we thought, what if we take a non-Hermitian system?”

The research paper studied the example of pumping energy into a wave guide at a particular point—that’s the gain—and then pumping energy out again—the loss—symmetrically. The wave guide is an open system, able to exchange energy with the environment. Instead of causing decoherence, they found, the process and interactions increase coherence and quantum chaos.