From black holes to sands: Application of holographic duality to granular matter 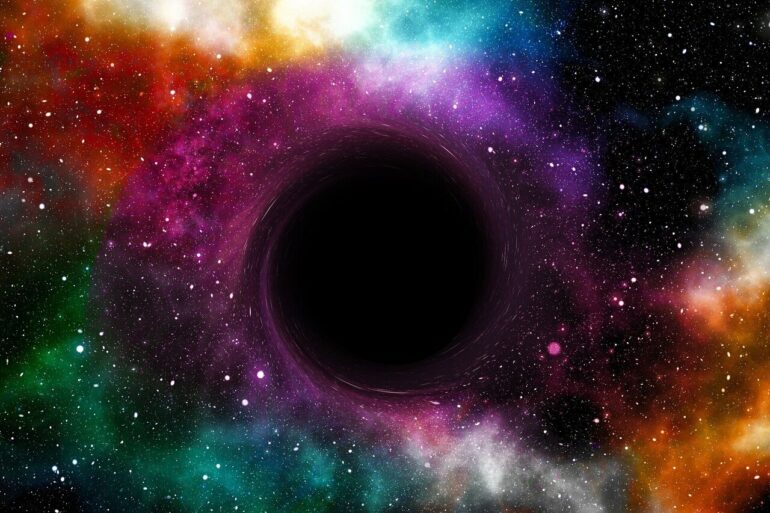 Researchers from the Institute of Theoretical Physics (ITP) of the Chinese Academy of Sciences (CAS) and Shanghai Jiao Tong University (SJTU) have found that granular matter (such as sand) and some black hole models display similar nonlinear effects. The bridge between the two is the holographic duality.

The study was published in Science Advances on June 1.

Although the holographic duality originated from string theory and was part of the quest for a consistent theory of quantum gravity, it has also been widely applied to quantum chromodynamics, condensed matter physics, and quantum information.

In this work, the idea of holographic duality is extended to a concrete type of athermal, disordered solids—granular materials. Since granules tend to have a macroscopic size, thermal fluctuations and quantum effects can be ignored.

In addition, the traditional elasticity theory of ordered crystals is no longer applicable, due to the disordered nature of granular materials (i.e., there is no periodic lattice structure for the spatial distribution of grains). Understanding the physical properties of granular matter, such as the complex mechanical responses, remains a theoretical challenge.

Granular materials can resist deformations to a certain extent and maintain their structural integrity. Nevertheless, when the deformation exceeds a certain threshold, the material breaks, a phenomenon known as yielding. In some cases, shearing can lead to the hardening of the granular system (i.e., an increase in shear modulus), which appears as a nonlinear response to the external deformation.

This study predicts intrinsic relationships among the nonlinear elasticity, yielding and entropy of granular matter, based on the holographic duality principle and effective field theory techniques. Computer simulations of granular models verify the theoretical predictions.

This research not only expands the application scope of the holographic duality, but also reveals the potential relationship between black hole physics and amorphous materials, providing a new avenue for the study and understanding of complex systems.