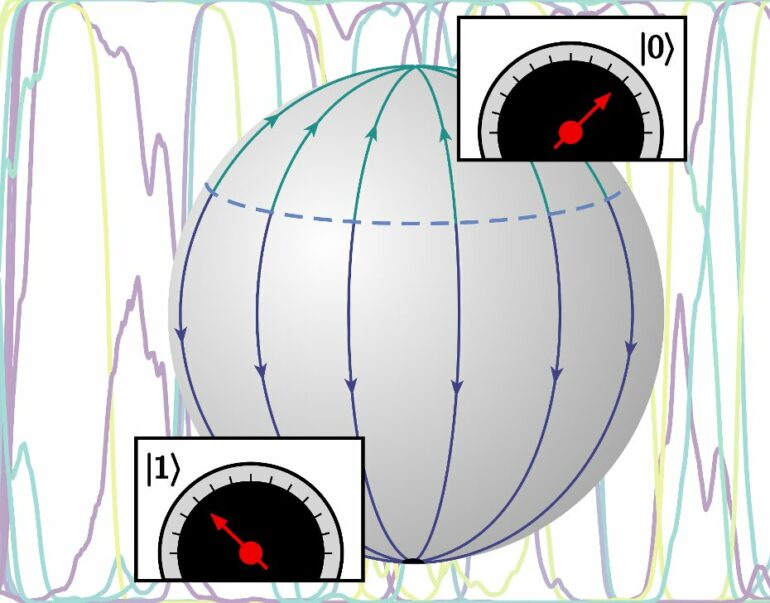 The quantum world and our everyday world are very different places. In a publication that appeared as the “Editor’s Suggestion” in Physical Review A this week, UvA physicists Jasper van Wezel and Lotte Mertens and their colleagues investigate how the act of measuring a quantum particle transforms it into an everyday object.

Quantum mechanics is the theory that describes the tiniest objects in the world around us, ranging from the constituents of single atoms to small dust particles. This microscopic realm behaves remarkably differently from our everyday experience—despite the fact that all objects in our human-scale world are made of quantum particles themselves. This leads to intriguing physical questions: why are the quantum world and the macroscopic world so different, where is the dividing line between them, and what exactly happens there?

As experiments probing the world of quantum mechanics become ever more advanced and involve ever larger quantum objects, the invisible line where pure quantum behavior crosses over into classical measurement outcomes is rapidly being approached. In an article, UvA physicists Jasper van Wezel and Lotte Mertens and their colleagues take stock of current models that attempt to solve the measurement problem, and particularly those that do so by proposing slight modifications to the one equation that rules all quantum behavior: Schrödinger’s equation.

The researchers show that such amendments can in principle lead to consistent proposals for solving the measurement problem. However, it turns out to be difficult to create models that satisfy Born’s rule, which tells us how to use Schrödinger’s equation for predicting measurement outcomes. The researchers show that only models with sufficient mathematical complexity (in technical terms: models that are non-linear and non-unitary) can give rise to Born’s rule and therefore have a chance of solving the measurement problem and teaching us about the elusive crossover between quantum physics and the everyday world.


Citation:
How the act of measuring a quantum particle transforms it into an everyday object (2021, November 30)