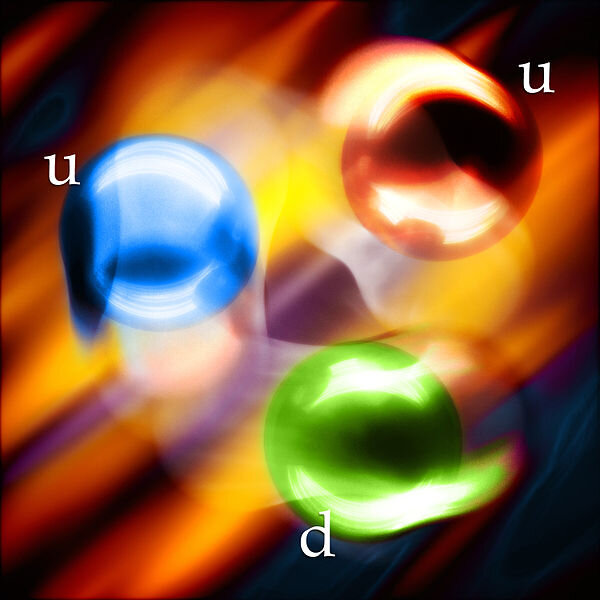 University of Adelaide experts, who are part of the international community of researchers investigating the fundamental physical properties of atoms, may have come across a new paradigm for the way atomic nuclei are built.

“We have been working on the theoretical analysis of an amazing experiment, Marathon, which took 20 years from conception to publication,” said Professor Anthony Thomas, Elder Professor of Physics, the University of Adelaide.

“The original aim was to accurately measure the distribution of quarks, especially the down quark, as a function of momentum.”

A quark is a type of elementary particle and a fundamental constituent of matter. All commonly observable matter is composed of up quarks, down quarks and electrons.

“Understanding how quarks work in relation to a proton’s momentum is a fundamental property which defied measurement ever since quarks were discovered 50 years ago,” said Professor Thomas.

“It tests our understanding of quantum chromodynamics (QCD), the fundamental theory of the strong force.”

All the known forces of nature can be traced to four fundamental forces: gravitational, electromagnetic, strong, and weak. They govern how objects or particles interact and how certain particles decay.

The Marathon experiment collected valuable information about quarks and the nature of matter during its 20-year lifespan which contributed to insights from other work carried out by physicists around the world at the time.

The Marathon experiment has, however, yielded a piece of unique evidence—an extremely important new insight into how nuclei are built

“A fundamental, unanswered question for nuclear physics is whether nuclei are built of protons and neutrons or whether they are built of quasi-particles with the quantum numbers of neutrons and protons, but with an internal quark structure that has been changed by the huge forces inside atomic nuclei,” said Professor Thomas.

Evidence for such changes was provided by an experiment at CERN, the European Organization for Nuclear Research, in the 1980s, with the effect known as the EMC effect (after the European Muon Collaboration).

Work done by Professor Thomas at the University of Adelaide a decade ago, in collaboration with a colleague in Japan hinted at the existence of a new way in which quarks behaved.

“Our work suggested that in a nucleus with unequal numbers of neutrons and protons the change in the momentum distributions of up and down quarks would be different, a phenomenon known as an isovector EMC effect,” said Professor Thomas.

“Our analysis of the Marathon data that we started 20 years ago has provided the first experimental hint for the existence of this isovector EMC effect.

“It will certainly inspire a great deal of further experimental effort, which ultimately will tell us whether we really do have a new paradigm for the way atomic nuclei are built.”