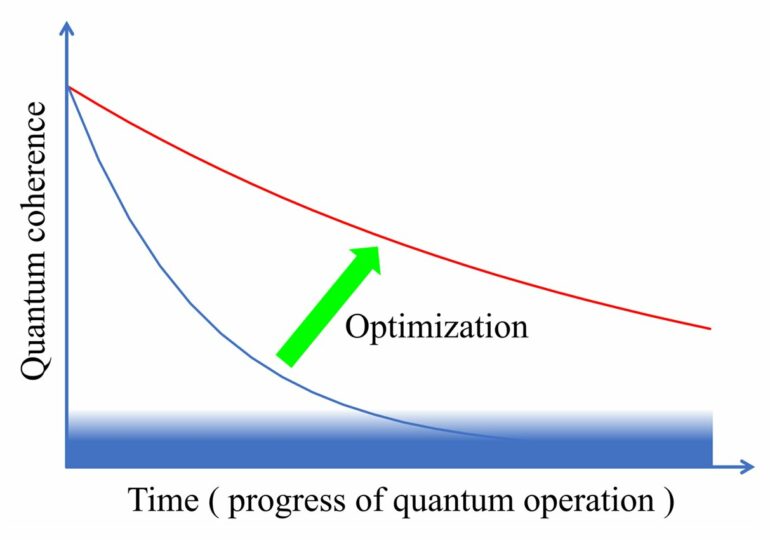 Japan’s National Institute of Information and Communications Technology, Keio University, Tokyo University of Science and The University of Tokyo succeeded for the first time in developing a method for systematically finding the optimal quantum operation sequence for a quantum computer.

This study was published in Physical Review A.

Quantum computers, which are currently under development, are expected to have a major impact on society. Their benefits include reducing the environmental burden by reducing energy consumption, finding new chemical substances for medical use, and accelerating the search for materials for a cleaner environment.

The research team has developed a systematic method to identify the optimal quantum operation sequence.

When a computer stores and processes information, all information is converted to a string of bits with values of 0 or 1. A quantum operation sequence is a computer program written in a human-readable language that is converted so that it can be processed by a quantum computer. The quantum operation sequence consists of 1-qubit operations and 2-qubit operations. The best sequence is the one with the fewest operations and shows the best performance.

It is also possible for the new method to analyze the complete list of all quantum operation sequences and evaluate conventional recipes. As such, it can provide a valuable tool for establishing benchmarks for past and future research on the performance of few-qubit quantum algorithms.

The team also found that there are many optimal sequences of quantum operations that are excellent. This means that a probabilistic approach could extend the applicability of this new method to larger tasks. Approaches based on analyzing large datasets suggest the possibility of integrating machine learning with this new method to further enhance the predictive power. In the future, the research team will apply the results obtained this time to the optimization of tasks obtained from actual quantum algorithms.

Provided by
National Institute of Information and Communications Technology (NICT)