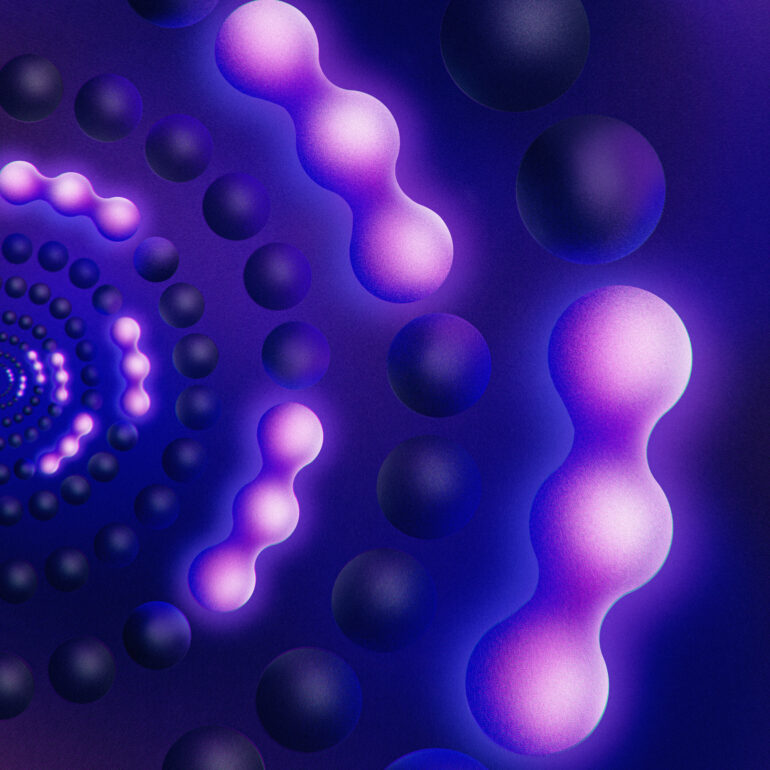 Researchers have used a quantum processor to make microwave photons uncharacteristically sticky. They coaxed them to clump together into bound states, then found that these photon clusters survived in a regime where they were expected to dissolve into their usual, solitary states. The discovery was first made on a quantum processor, marking the growing role that these platforms are playing in studying quantum dynamics.

Photons—quantum packets of electromagnetic radiation like light or microwaves—typically don’t interact with one another. Two crossed flashlight beams, for example, pass through one another undisturbed. But in an array of superconducting qubits, microwave photons can be made to interact.

In “Formation of robust bound states of interacting photons,” published today in Nature, researchers at Google Quantum AI describe how they engineered this unusual situation. They studied a ring of 24 superconducting qubits that could host microwave photons. By applying quantum gates to pairs of neighboring qubits, photons could travel around by hopping between neighboring sites and interacting with nearby photons.

The interactions between the photons affected their so-called “phase.” The phase keeps track of the oscillation of the photon’s wavefunction. When the photons are non-interacting, their phase accumulation is rather uninteresting. Like a well-rehearsed choir, they’re all in sync with one another. In this case, a photon that was initially next to another photon can hop away from its neighbor without getting out of sync.

When photons interact with their neighbors, this is no longer the case. If one photon hops away from its neighbor, its rate of phase accumulation changes, becoming out of sync with its neighbors. All paths in which the photons split apart overlap, leading to destructive interference. It would be like each choir member singing at their own pace—the song itself gets washed out, becoming impossible to discern through the din of the individual singers.

Among all the possible configuration paths, the only possible scenario that survives is the configuration in which all photons remain clustered together in a bound state. This is why interaction can enhance and lead to the formation of a bound state: by suppressing all other possibilities in which photons are not bound together.

To rigorously show that the bound states indeed behaved just as particles did, with well-defined quantities such as energy and momentum, researchers developed new techniques to measure how the energy of the particles changed with momentum. By analyzing how the correlations between photons varied with time and space, they were able to reconstruct the so-called “energy-momentum dispersion relation,” confirming the particle-like nature of the bound states.

The existence of the bound states in itself was not new—in a regime called the “integrable regime,” where the dynamics is much less complicated, the bound states were already predicted and observed ten years ago.

But beyond integrability, chaos reigns. Before this experiment, it was reasonably assumed that the bound states would fall apart in the midst of chaos. To test this, the researchers pushed beyond integrability by adjusting the simple ring geometry to a more complex, gear-shaped network of connected qubits. They were surprised to find that bound states persisted well into the chaotic regime.

The team at Google Quantum AI is still unsure where these bound states derive their unexpected resilience, but it could have something to do with a phenomenon called “prethermalization”, where incompatible energy scales in the system can prevent a system from reaching thermal equilibrium as quickly as it otherwise would.

Scientists release new map of all the matter in the universe