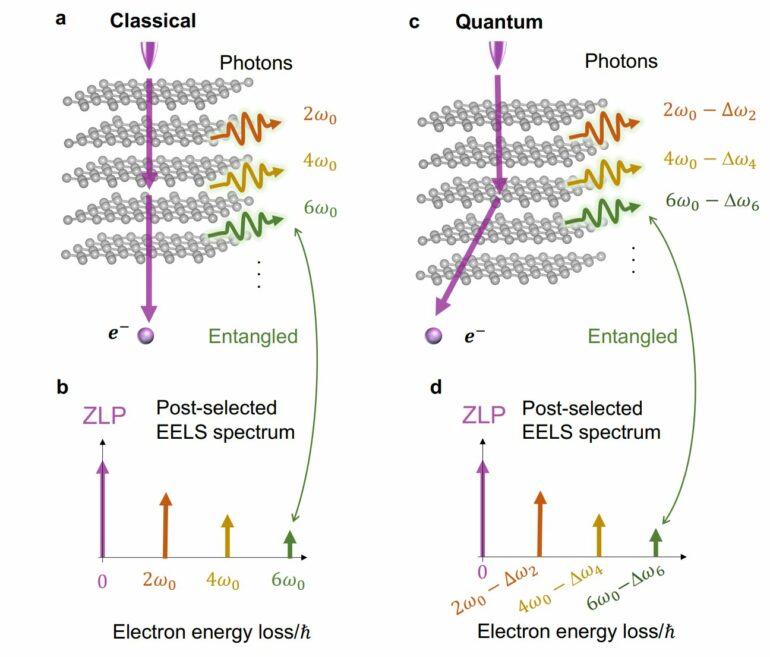 In a new study, researchers from Orange and Toshiba Europe show that a quantum data channel and classical optical signals can both propagate in the same fiber for several tens of kilometers with a low error rate. The new approach could reduce the cost of implementing quantum key distribution (QKD) for secure data transmission by allowing QKD to be used in already deployed networks.

Erwan Pincemin from Orange Innovation division in France will present the new research at the Optical Fiber Communication Conference (OFC), which will take place 05—09 March 2023 in San Diego.

This work shows that we can have co-propagation of the quantum channel with WDM data channels in the same fiber without changing the engineering rules of the operational WDM links. The high secret key rate obtained in this configuration is very promising for the introduction of QKD in operator’s networks.”, says Paulette Gavignet, senior expert in optical communication at Orange.

QKD uses the quantum properties of light to generate secure random keys for encrypting and decrypting data. Although this approach offers an extremely secure way to encrypt data, widespread deployment has been hampered by the cost and constraints of converting existing networks to QKD-enabled systems. Attempts to transmit quantum signals over existing fiber networks usually suffer from high error rates due to scattering of the co-propagating light.

In the new work, researchers from Orange Innovation division in France and Toshiba Europe Ltd. in the UK evaluated a commercial multiplexed QKD system designed and built by Toshiba. To minimize the effects of scattering, they used a 1310-nm quantum channel to increase the spectral separation between the quantum channel and the QKD service channel as well as the multiplexed data channels. They also added high-extinction spectral filters and time-domain gating at the QKD receiver to isolate the quantum channel from the co-propagating signals and scattered light, which boosted the signal-to-noise ratio. The performance of each communication link was further optimized using automatic self-optimization routines that dynamically adjust various optical parameters.

The researchers tested the QKD system to see if it could be implemented on a wavelength-division multiplexing (WDM) link already deployed in the field and to determine how many WDM channels could be mixed with the QKD signal in a standard single-mode fiber. They found that co-propagation of a QKD quantum channel at 1310 nm using 60-channel WDM at 100 Gb/s produced a total data rate of 6 Tb/s. In addition, emission of a secure key with very high aggregated power was possible for both 50 km and 70 km fiber lengths. These results show that a commercial QKD system could be deployed on existing fully filled WDM links with 100 Gb/s and 400 Gb/s channels in data center interconnection applications.

The new results suggested that the number of channels and/or the total bit rate that co-propagate with the quantum channel are not the best parameters for evaluating the ability of classical and QKD channels to co-exist. Instead, the most important parameter was the WDM total power that co-propagates with the quantum channel. With this in mind, the researchers proposed a new figure of merit called co-propagation efficiency for evaluating the performance of classical and QKD signal co-propagation. Based on this metric, they determined that the new QKD implementation outperformed previous co-propagating experiments.