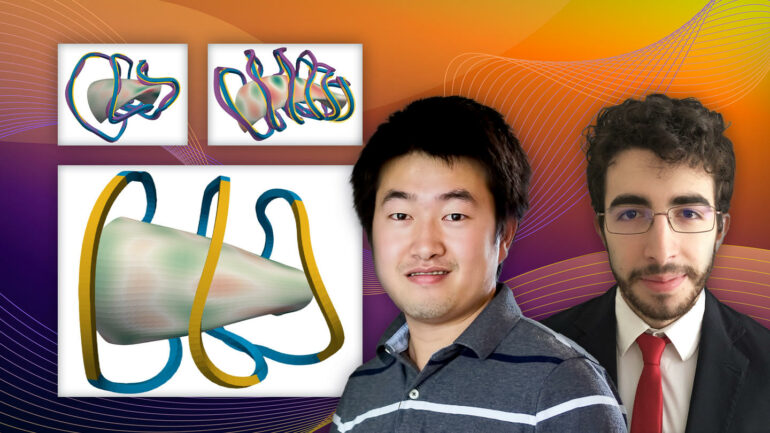 Harnessing the power that makes the sun and stars shine could be made easier by powerful magnets with straighter shapes than have been made before. Researchers linked to the U.S. Department of Energy’s (DOE) Princeton Plasma Physics Laboratory (PPPL) have found a way to create such magnets for fusion facilities known as stellarators.

Such facilities have complex twisted magnetic coils, compared with the straight up-and-down coils in more widely used tokamak facilities, and can produce fusion reactions without the risk of disruptions that tokamaks face. This advantage makes stellarators a candidate to serve as the model for a next-generation fusion pilot plant.

Now, by adding sections to the stellarator coils that are relatively straight, researchers could both reduce the manufacturing cost and make it easier to install openings that would allow technicians to repair the device’s interior. Both innovations could aid the development of a stellarator power plant, replicating fusion on Earth for a virtually inexhaustible supply of power to generate electricity without producing greenhouse gases or long-lived radioactive waste.

“In the future, people will have to replace components within stellarators as they wear out, which requires large openings between the coils of the magnets,” said physicist Caoxiang Zhu, an author of the paper reporting the results in Nuclear Fusion who completed the research when he was on staff at PPPL. He is now on staff at the University of Science and Technology of China. “But it’s hard to have large openings in stellarators because the electromagnetic coils zig and zag and are really complex.” But by using a mathematical technique known as “spline representation,” Zhu and the other collaborators were able to design magnets with straighter sections than before while still creating magnetic fields that can confine plasma. Those straight sections could provide good locations for windows.

Invented by astrophysicist Lyman Spitzer, PPPL’s first director, stellarators are fusion facility concepts that use high-powered magnets to create interweaving magnetic fields that confine plasma, hot gas consisting of electrons and bare atomic nuclei. Stellarators have advantages over tokamaks, doughnut-shaped devices that are currently the most popular fusion facility concept worldwide, but their fantastically complicated magnets have made design and construction challenging.

Zhu and the researchers added the spline capability to Zhu’s FOCUS computer code. To test the concept, the team designed magnets that could fit on the Helically Symmetric eXperiment (HSX), a stellarator at the University of Wisconsin-Madison.

The updated code showed that researchers could create straighter magnets than before while preserving their strength and accuracy. “In principle, you can always make straighter coils, but the trade-off is that their magnetic fields might not confine the plasma as well as those produced by twistier coils,” said Nicola Lonigro, a student in the DOE’s Science Undergraduate Laboratory Internship (SULI) program at the time of the research, lead author of the paper, and now a Ph.D. candidate at the University of York in Britain. “But our research showed that you could make a simpler coil with straighter sections that makes the same magnetic field shape and strength as conventional ones do.”

Creating simpler magnets could aid the development of a stellarator fusion power plant. “In the long term, this work is a contribution to the larger effort trying to make stellarators commercially viable,” Lonigro said.