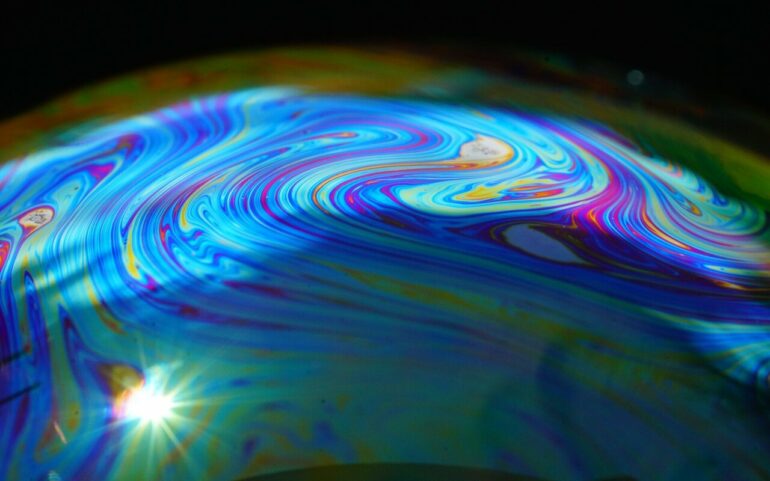 Eddies in an exotic liquid known as a superfluid merge to form large vortices, analogous to how cyclones form in the turbulent atmosphere.

“Large, long-lived vortices like cyclones or Jupiter’s Great Red Spot often form out of turbulent fluid flows, such as the atmospheres of planets,” he said.

“Onsager’s model explains the existence of these structures, but so far experiments have tended to conflict with the predictions,” he said.

“A key complication is that most fluids are viscous, meaning they resist flow.

“Superfluids, which have no viscosity, are therefore ideal candidates to realize Onsager’s model.”

Dr. Tyler Neely, who led the experiments, said the team studied the behavior of vortices in a superfluid known as a Bose–Einstein condensate, which is produced by cooling a gas of rubidium atoms to extremely cold temperatures.

“We created a thin disk of the superfluid and then used lasers to inject vortices at carefully specified locations,” he said.

“The vortices mixed rapidly, merging into a single large cluster in only a few seconds, much like a large cyclone forming from the turbulent atmosphere.

“However, the most exciting thing was the remarkable agreement between theory and experiment—the theory predicted the shape of the final giant vortex structures in the superfluid exceptionally well.

“Our results suggest superfluids can be used to learn new things about turbulence, and will be crucial for the development of precision sensors based on superfluids.”

Visualizing the proton through animation and film

This work answers some of the key outstanding questions from previous work by the team on vortex clusters, which was published in 2019 in Science.

The new research is published in Physical Review X.