The thermodynamics of life taking shape 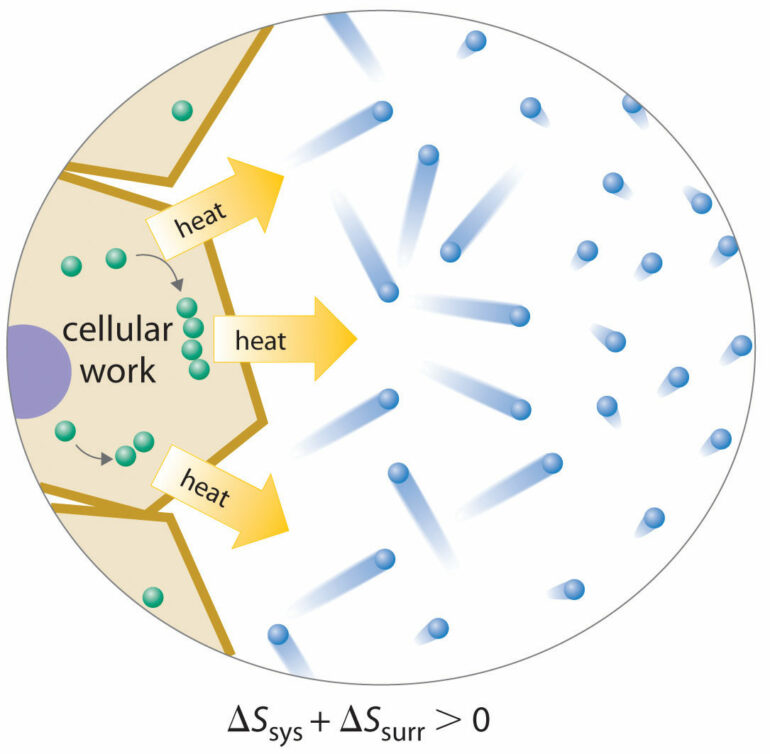 Revealing the scientific laws that govern our world is often considered the “holy grail” by scientists, as such discoveries have wide-ranging implications. In an exciting development from Japan, scientists have shown how to use geometric representations to encode the laws of thermodynamics, and apply these representations to obtain generalized predictions. This work may significantly improve our understanding of the theoretical limits that apply within chemistry and biology.

While living systems are bound by the laws of physics, they often find creative ways to take advantage of these rules in ways that non-living physical systems rarely can. For example, every living organism finds a way to reproduce itself. At a fundamental level, this relies on autocatalytic cycles in which a certain molecule can spur the production of identical molecules, or a set of molecules produce each other. As part of this, the compartment in which the molecules exist grows in volume. However, scientific knowledge lacks a complete thermodynamic representation of such self-replicating processes, which would enable scientists to understand how living systems can emerge from non-living objects.

Now, in two related articles published in Physical Review Research, researchers from the Institute of Industrial Science at The University of Tokyo used a geometric technique to characterize the conditions that correspond with the growth of a self-reproducing system. The guiding principle is the famous second law of thermodynamics, which requires that entropy—generally understood to mean disorder—can only increase. However, an increase in order may be possible, such as a bacterium absorbing nutrients to enable it to divide into two bacteria, but at the cost of increased entropy somewhere else. “Self-replication is a hallmark of living systems, and our theory helps explain the environmental conditions to determine their fate, whether growing, shrinking, or equilibration,” says senior author Tetsuya J. Kobayashi.

The main insight was to represent the thermodynamic relationships as hypersurfaces in a multidimensional space. Then, the researchers could study what happens as various operations are performed, in this case, using the Legendre transformation. This transformation describes how a surface to be mapped into a different geometric object with a significant thermodynamic meaning.

“The results were obtained solely on the basis of the second law of thermodynamics that the total entropy must increase. Because of this, assumptions of an ideal gas or other simplifications about the types of interactions in the system were not required,” says first author Yuki Sughiyama. Being able to calculate the rate of entropy production can be vital for evaluating biophysical systems. This research can help put the study of the thermodynamics of living systems on a more solid theoretical footing, which may improve our understanding of biological reproduction.

Provided by
Institute of Industrial Science, The University of Tokyo (UTokyo-IIS)