Thermoelectrics: From heat to electricity 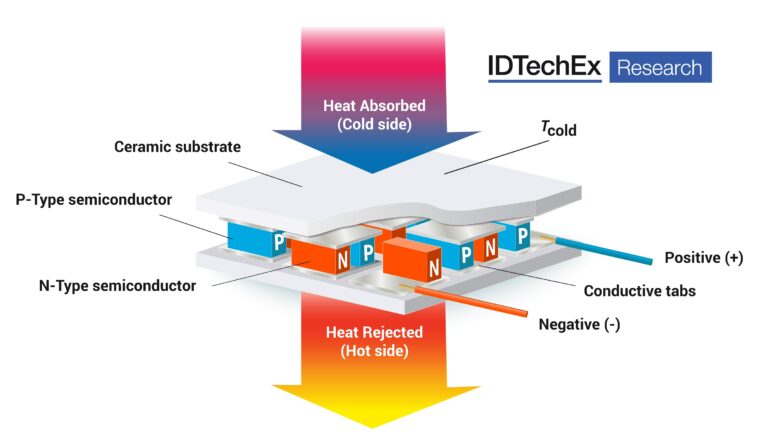 A lot of heat gets lost during the conversion of energy. Estimates even put it at more than 70%. However, in thermoelectric materials, such as those being studied at the Institute of Solid State Physics at TU Wien, heat can be converted directly into electrical energy. This effect (the Seebeck effect) can be used in numerous applications in industry but also in everyday life.

Recently, Ernst Bauer’s research team made an exciting discovery in a thermoelectric material consisting of iron, vanadium and aluminum (Fe2VAl). The researchers recently published their results in Nature Communications.

To achieve the greatest possible energy conversion effect, researchers are looking for materials that fulfill a number of characteristics: They should have a large Seebeck effect, high electrical conductivity and low thermal conductivity. However, this is extremely difficult because these properties are interrelated and interdependent. Therefore, the researchers asked themselves what a material would have to look like physically in order to fulfill all these conditions in the best possible way.

Thus, physicists at TU Wien have succeeded in finding a new concept to resolve this contradiction and optimize all thermoelectric properties in one material at the same time. “At the so-called Anderson transition, a quantum phase transition from localized to mobile electron states, the conditions for the ideal thermoelectric are met. This means that all conduction electrons have approximately the same energy,” reports Fabian Garmroudi, first author of the study.

The Anderson transition occurs in semiconductors when impurity atoms are added, strongly binding their electrons. “Analogous to ice floes in the sea, these are initially isolated from each other and cannot be stepped on. However, if the number of ice floes is large enough, you have a continuous connection through which you can cross the sea,” Fabian Garmroudi draws a comparison. This happens in a similar way in solids: if the number of impurity atoms exceeds a critical value, the electrons can suddenly move freely from one atom to another and electricity can flow.

Atoms swap places when it gets hot

The Anderson transition was demonstrated in close collaboration with researchers from Sweden and Japan as well as the University of Vienna, and was linked for the first time to a significant change in thermoelectric properties. The team made the exciting discovery when they heated the material to very high temperatures, close to the melting point.

“At high temperatures, the atoms vibrate so strongly that they occasionally swap their lattice positions. For example, iron atoms are then located where vanadium atoms were before. We succeeded in freezing this ‘atomic confusion’, which occurs at high temperatures, by so-called ‘quenching’, that is, rapid cooling in a water bath,” reports Ernst Bauer. These irregular defects serve exactly the same purpose as the impurity atoms mentioned earlier, without the need to change the chemical composition of the material.

Energy conversion thanks to disorder

In many research areas of solid-state physics, one is interested in materials that are as pure as possible and have an ideal crystal structure. The reason: the regularity of the atoms simplifies a theoretical description of the physical properties. In the case of Fe2VAl, however, it is precisely the imperfections that account for most of the thermoelectric performance. It has also already been shown in neighboring disciplines that irregularities can be advantageous: “Basic research on quantum materials is a good example of this. There, science has already been able to show that disorder is often the necessary spice in the ‘quantum soup’,” says Andrej Pustogow, one of the co-authors. “Now this concept has also arrived in applied solid-state research.”