Why natural gas is not a bridge technology 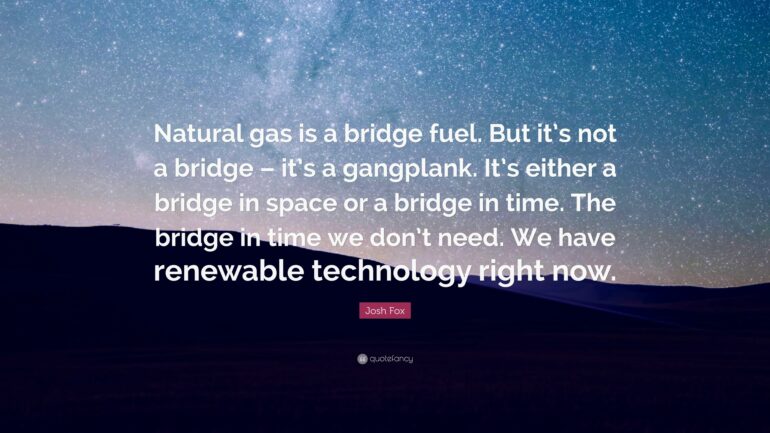 The expansion of natural gas infrastructure jeopardizes energy transition, as natural gas is not a bridge technology towards a 100 percent renewable energy system as defined by the Paris Climate Agreement. This is the result of a study conducted by an interdisciplinary German research team and published in the journal Nature Energy on 4 July 2022. The researchers have examined the natural gas issue from five perspectives and given gas a fairly poor climate balance, comparable to that of coal or oil. They recommend that politicians and scientists revise the current assumptions about natural gas.

The study was headed by Professor Claudia Kemfert from the German Institute for Economic Research (DIW) and Leuphana University Lüneburg in collaboration with Franziska Hoffart from Ruhr-Universität Bochum, Fabian Präger from Technische Universität Berlin and Isabell Braunger and Hanna Brauers from the University of Flensburg.

Energy crisis is only one facet of the problem

In the wake of the offensive war waged by Russia, the German government faces the challenge of reducing energy reliance on Russia and continuing to ensure an affordable and secure energy supply that is in line with climate goals. Efforts are currently being made to compensate for Russian natural gas, whose supply is curtailed and uncertain, by establishing new gas trade relations and new infrastructure.
Claudia Kemfert, who heads the study, explains: “Fossil natural gas is neither clean nor safe. By holding on to fossil natural gas for too long, Germany has found itself in an energy crisis. The country can now only emerge from this crisis by taking decisive action for consistent decarbonization towards a full supply from renewable energies.”

The researchers question widespread assumptions about natural gas from five perspectives. In the process, they focus on risks associated with further expansion of natural gas infrastructure and continued heavy use of natural gas. While many still subscribe to the notion that natural gas is clean, extensive research shows that the climate impact of natural gas use is significantly underestimated and that the fossil fuel is by no means per se the better alternative to coal and oil use.

“CO2 is not the only problem; there’s also the highly effective greenhouse gas methane, which escapes unburned into the atmosphere along the entire value chain through fugitive emissions. So far, these emissions have not been sufficiently taken into account and have so far been underestimated,” points out Fabian Präger.

The narrative of bridge technology is misleading

Moreover, the researchers posit that an expansion of natural gas infrastructure can lead to path dependencies (“lock-in effects”) and economic climate risks such as the premature loss of value of fossil assets (“stranded assets”). “Investments in fossil energy infrastructure cement dependence on fossil fuels and emissions for decades. Huge economic costs and fossil path dependencies are thus created, delaying the phase-out of fossil energy and the development of a 100 percent renewable energy system. Infrastructure that is not compatible with climate goals is threatened with early decommissioning with economic losses,” says Franziska Hoffart.

The researchers propose five measures to avoid these risks:

“We hope to use these findings to add a critical perspective to the academic and public discussion on the future of fossil natural gas and infrastructure,” says Isabell Braunger. “The paper is not only aimed at the scientific community, but, more importantly, at governments developing strategies to mitigate greenhouse gases. After all, investments in natural gas infrastructure may hold back the energy transition and entail enormous economic risks,” points out Hanna Brauers.

In Apps and WebCybersecurity
on 15 February 20214 min read

One of the unique aspects of the study is the combination of different perspectives that create a holistic view of the subject matter. The researchers were able to achieve this perspective thanks of their diverse backgrounds in economics, industrial engineering, politics and ethics.

“This is how we show that the current discussion is incomplete and that a holistic and interdisciplinary research approach to the energy transition and social-ecological transformation processes provides deeper insights,” conclude the authors. “The climate and geopolitical energy crisis surrounding fossil fuels highlights the need for a timely and consistent natural gas exit, which must be organized and implemented by society as a whole.”