This year’s special Al Rihla ball has the aerodynamics of a champion, according to a sports physicist 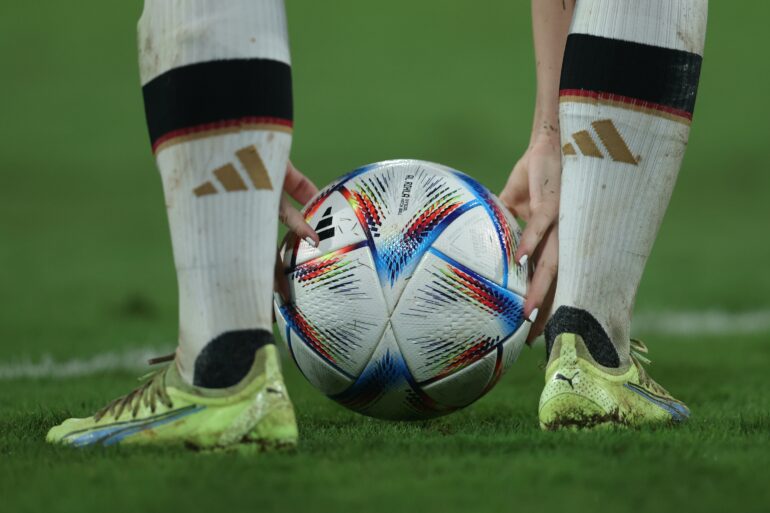 As with every World Cup, at the 2022 FIFA World Cup in Qatar the players will be using a new ball. The last thing competitors want is for the most important piece of equipment in the most important tournament in the world’s most popular sport to behave in unexpected ways, so a lot of work goes into making sure that every new World Cup ball feels familiar to players.

I am a physics professor at the University of Lynchburg who studies the physics of sports. Despite controversies over corruption and human rights issues surrounding this year’s World Cup, there is still beauty in the science and skill of soccer. As part of my research, every four years I do an analysis of the new World Cup ball to see what went into creating the centerpiece of the world’s most beautiful game.

The physics of drag

Between shots on goal, free kicks and long passes, many important moments of a soccer game happen when the ball is in the air. So one of the most important characteristics of a soccer ball is how it travels through air.

As a ball moves through air, a thin layer of mostly still air called the boundary layer surrounds some part of the ball. At low speeds this boundary layer will only cover the front half of the ball before the flowing air peels away from the surface. In this case, the wake of air behind the ball is somewhat regular and is called laminar flow.

When a ball is moving quickly, though, the boundary layer wraps much farther around the ball. When the flow of air does eventually separate from the ball’s surface, it does so in a series of chaotic swirls. This process is called turbulent flow.

It turns out that a soccer ball’s drag coefficient is approximately 2.5 times larger for laminar flow than for turbulent flow. Though it may seem counterintuitive, roughening a ball’s surface delays the separation of the boundary layer and keeps a ball in turbulent flow longer. This fact of physics – that rougher balls feel less drag – is the reason dimpled golf balls fly much farther than they would if the balls were smooth.

When it comes to making a good soccer ball, the speed at which the air flow transitions from turbulent to laminar is critical. This is because when that transition occurs, a ball begins to slow down dramatically. If…