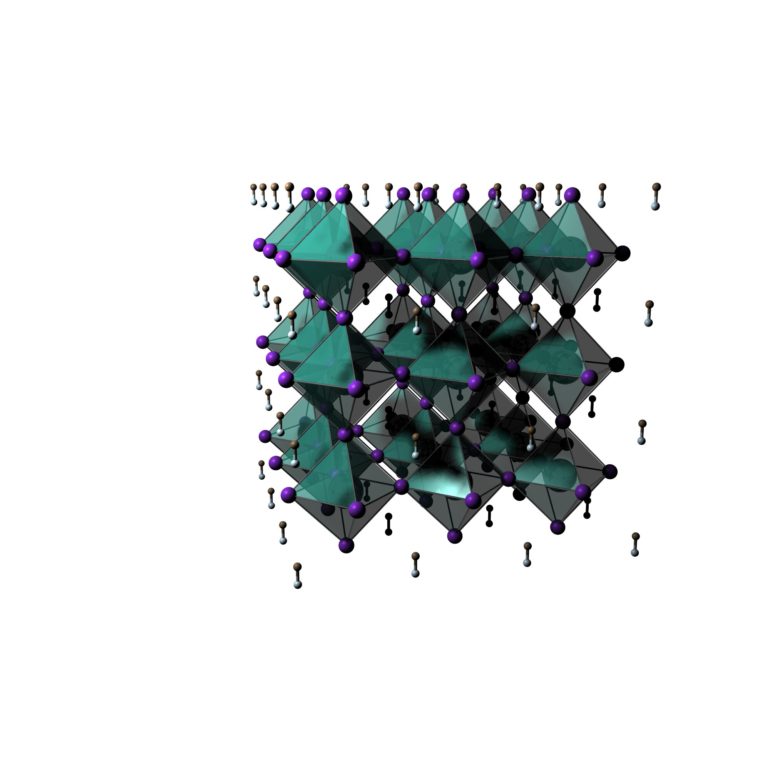 Electronic shirts that keep the wearer comfortably warm or cool, as well as medical fabrics that deliver drugs, monitor the condition of a wound and perform other tasks, may one day be manufactured more efficiently thanks to a key advance by Oregon State University researchers.

The breakthrough involves inkjet printing and materials with a crystal structure discovered nearly two centuries ago. The upshot is the ability to apply circuitry, with precision and at low processing temperatures, directly onto cloth—a promising potential solution to the longstanding tradeoff between performance and fabrication costs.

“Much effort has gone into integrating sensors, displays, power sources and logic circuits into various fabrics for the creation of wearable, electronic textiles,” said Chih-Hung Chang, professor of chemical engineering at Oregon State. “One hurdle is that fabricating rigid devices on cloth, which has a surface that’s both porous and non-uniform, is tedious and expensive, requiring a lot of heat and energy, and is hard to scale up. And first putting the devices onto something solid, and then putting that solid substrate onto fabric, is problematic too—it limits the flexibility and wearability of the fabric and also can necessitate cumbersome changes to the fabric manufacturing process itself.”

Chang and collaborators in the OSU College of Engineering and at Rutgers University tackled those challenges by coming up with a stable, printable ink, based on binary metal iodide salts, that thermally transforms into a dense compound of cesium, tin and iodine.

The resulting film of Cs2SnI6 has a crystal structure that makes it a perovskite.

Perovskites trace their roots to a long-ago discovery by a German mineralogist. In the Ural Mountains in 1839, Gustav Rose came upon an oxide of calcium and titanium with an intriguing crystal structure and named it in honor of Russian nobleman Lev Perovski.

Perovskite now refers to a range of materials that share the crystal lattice of the original. Interest in them began to accelerate in 2009 after a Japanese scientist, Tsutomu Miyasaka, discovered that some perovskites are effective absorbers of light. Materials with a perovskite structure that are based on a metal and a halogen such as iodine are semiconductors, essential components of most electrical circuits.

Thanks to the perovskite film, Chang’s team was able to print negative-temperature-coefficient thermistors directly onto woven polyester at temperatures as low as 120 degrees Celsius—just 20 degrees higher than the boiling point of water.

A thermistor is a type of electrical component known as a resistor, which controls the amount of current entering a circuit. Thermistors are resistors whose resistance is temperature dependent, and this research involved negative-temperature-coefficient, or NTC, thermistors—their resistance decreases as the temperature increases.

“A change in resistance due to heat is generally not a good thing in a standard resistor, but the effect can be useful in many temperature detection circuits,” Chang said. “NTC thermistors can be used in virtually any type of equipment where temperature plays a role. Even small temperature changes can cause big changes in their resistance, which makes them ideal for accurate temperature measurement and control.”

The research, which included Shujie Li and Alex Kosek of the OSU College of Engineering and Mohammad Naim Jahangir and Rajiv Malhotra of Rutgers University, demonstrates directly fabricating high-performance NTC thermistors onto fabrics at half the temperature used by current state-of-the-art manufacturers, Chang said.

“In addition to requiring more energy, the higher temperatures create compatibility issues with many fabrics,” he said. “The simplicity of our ink, the process’ scalability and the thermistor performance are all promising for the future of wearable e-textiles.”