Researchers use advanced light to reveal how different biofuels behave 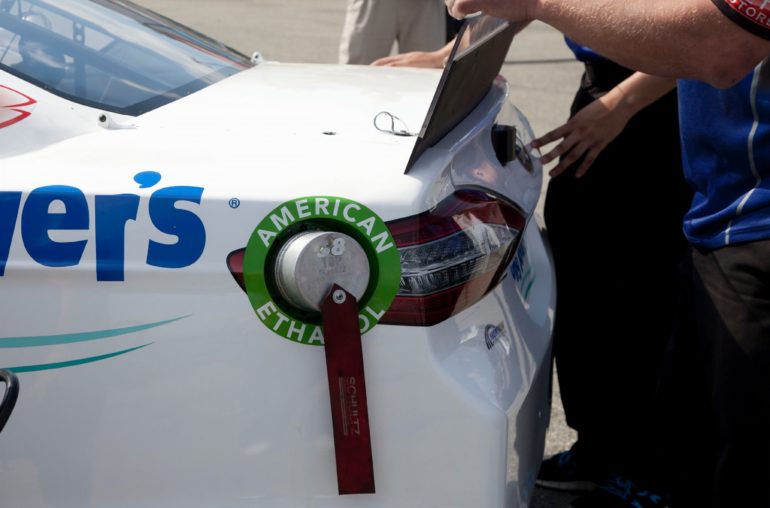 Vehicles have evolved to become more efficient and sophisticated, but their fuel hasn’t necessarily evolved along with them. The Department of Energy is determined to identify cleaner burning and renewable alternatives to gasoline, and through the work of two UCF researchers, the DOE is one step closer to that goal.

Research engineer Anthony C. Terracciano and Associate Professor Subith Vasu have developed a model that will help engine designers, fuel chemists and federal agencies determine whether certain biofuels should be implemented as an alternative fuel for vehicles.

The research was conducted as part of the DOE’s Co-Optimization of Fuels and Engines initiative, better known as Co-Optima. Findings were recently published in Nature Scientific Reports.

“We worked with scientists from various U.S. government labs to come up with our research strategy,” Vasu says.

“DIB has been down selected due to its promise as a potential drop-in biofuel for gasoline engines based on a variety of factors including its cost of production, compatibility with existing infrastructure, fuel and combustion properties,” Vasu says.

Using the Advanced Light Source, a powerful particle accelerator at the Lawrence Berkeley National Laboratory, they were able to identify 46 molecules that are present in the flames of DIB during ignition. This is the first time that DIB has been studied with this equipment.

“Our work specifically identifies the quantity of 46 molecules present within the DIB combustion environment just after ignition,” Terracciano says. “This provides an unprecedentedly rich framework, which engineers and scientists can use to craft a complete understanding of the reaction environment using these DIB fuels.”

The researchers investigated the two most common sources of DIB, which are the alpha and beta strands. They created a combustion event in a jet-stirred reactor, a volume that is continuously stirred, at fixed conditions. The chemical reactions were then inhibited to create a molecular beam that was bombarded with ultraviolet light from the ALS to generate ions.

This model may be readily implemented by any agency, and the knowledge will help fuel developers manufacture a product much quicker.

“Fuel chemistry for vehicles is complex from the design and considerations of engines, support infrastructure and emissions,” Terracciano says. “Fuel engineers need to ensure that the sold fuels fit within the envelopes of the octane standard. By knowing the combustion properties of specific fuel components, blends can be manufactured with less empirical testing.”