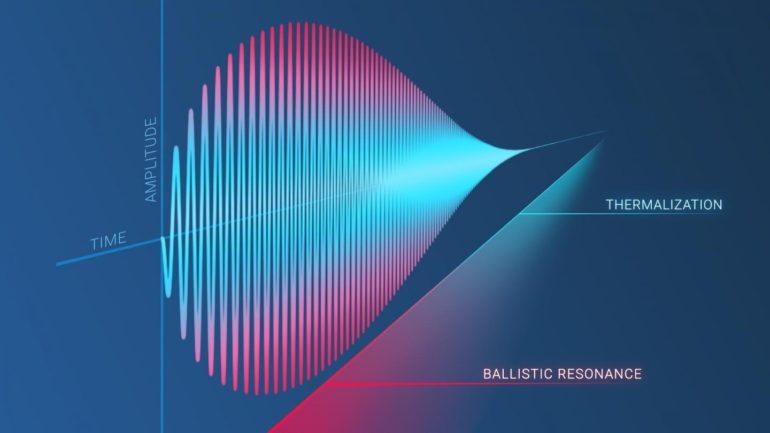 Researchers from the Peter the Great St.Petersburg Polytechnic University (SPbPU) have discovered and theoretically explained a new physical effect: amplitude of mechanical vibrations can grow without external influence. The scientific group offered their explanation on how to eliminate the Fermi-Pasta-Ulam-Tsingou paradox.

The scientists of SPbPU explained it using a simple example: to rock a swing, you have to keep pushing it. It is generally believed that it is impossible to achieve oscillatory resonance without constant external influence.

However, the scientific group of the Higher School of Theoretical Mechanics, Institute of Applied Mathematics and Mechanics SPbPU discovered a new physical phenomenon of ‘ballistic resonance,” where mechanical oscillations can be excited only due to internal thermal resources of the system.

The experimental work of researchers from all around the world demonstrated, that heat spreads at abnormally high speeds at nano and micro levels in ultrapure crystalline materials. This phenomenon is called ballistic heat conductivity.

In Apps and WebSmartphones
on 20 August 20213 min read

The scientific group supervised by the corresponding member of Russian Academy of Sciences Anton Krivtsov, derived the equations describing this phenomenon and made significant progress in the overall understanding of thermal processes at the micro-level. In the study published in Physical Review E researchers considered the system behavior at the initial periodic distribution of temperature in the crystal material.

The discovered phenomenon describes that the process of heat…