Sleeping fish? From sharks to salmon, guppies to groupers, here’s how they grab a snooze 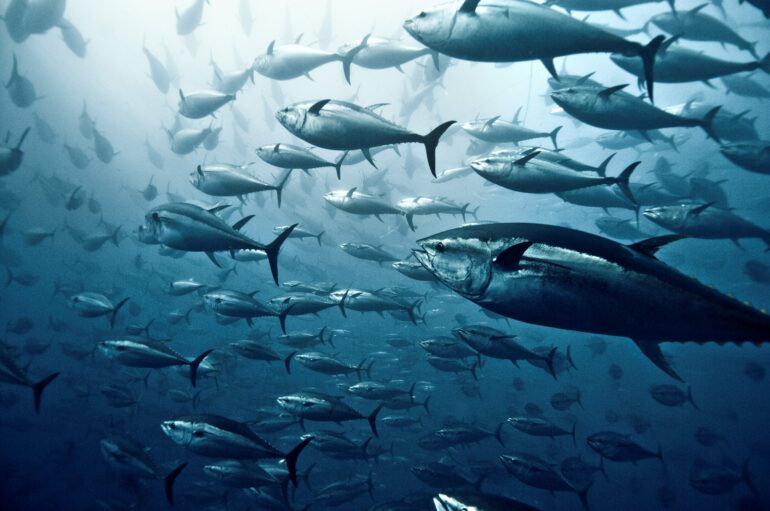 Could you explain how fish sleep? Do they drift away on currents, or do they anchor themselves to a particular location when they sleep? – Laure and Neeraj, New York

From the goldfish in your aquarium to a bass in a lake to the sharks in the sea – 35,000 species of fish are alive today, more than 3 trillion of them.

All over the world, they swim in hot springs, rivers, ponds and puddles. They glide through freshwater and saltwater. They survive in the shallows and in the darkest depths of the ocean, more than five miles down.

Of those trillions of fish, three major types exist: bony fish, like trout and sardines; jawless fish, like the slimy hagfish; and sharks and rays, which are boneless – instead, they have skeletons made of firm yet flexible tissue called cartilage.

And all of them, every last one, needs to rest. Whether you’re a human or a haddock, sleep is essential. It gives a body time to repair itself, and a brain a chance to reset and declutter.

As a marine biologist, I’ve always wondered how fish can rest. After all, in any body of water, predators are all over the place, lurking around, ready to eat them. But somehow they manage, like virtually all creatures on Earth.

How they do it

Scientists are still learning about how fish sleep. What we do know: Their sleep is not like ours.

For one thing, people are pretty much out of it when they sleep. While a loud noise might wake you up, you’re mostly unaware of your surroundings. But fish stay aware enough to detect an approaching predator – at least most of the time.

It does appear that most fish have sleep cycles like us. Aquarium fish sleep between seven to 12 hours each day. Many fish are active during daylight and sleep at night, though for some, like numerous types of eels, rays and sharks, it’s the reverse.

How can you tell if a fish is asleep? Most fish don’t have eyelids, so their eyes don’t close. That alone makes it hard to tell when they’re resting.

But if you watch fish in an aquarium, look closely. You’ll see how they stop swimming around and remain very still, sort of hovering in the water. Their gills will pump less too. For fish, that’s sleeping.

Sleeping with the enemy

Where do fish sleep? Sometimes right out in the open. But often they’re at or near the bottom. If they can, they squeeze in a spot near rocks or plants so predators can’t get them and currents can’t sweep them away.

Some fish go even further….