In cold polar skies, NASA rocket will watch an active aurora turn up the heat 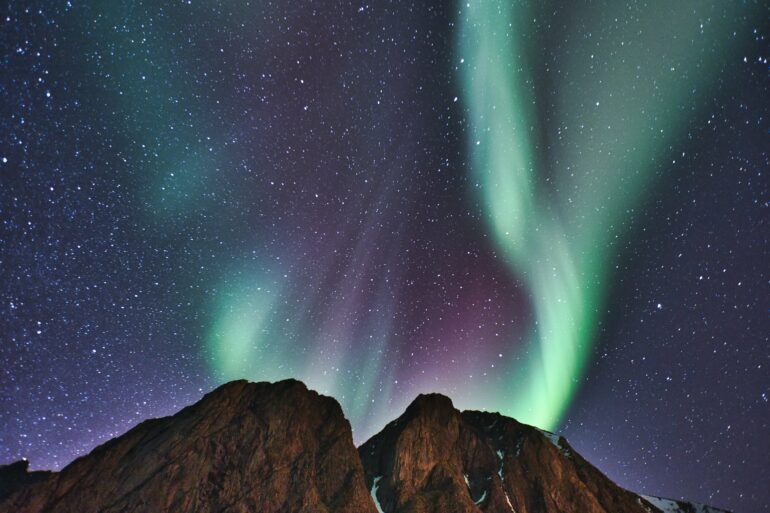 If you see the northern lights overhead, chances are you are in a chilly, polar climate. But the cold-weather delights—also known as aurora borealis—high above you are actually an important source of heat. A new NASA mission hopes to fly through an active aurora to study this energy exchange process up close. The launch window for Ion-Neutral Coupling during Active Aurora, or INCAA mission, opens at the Poker Flat Research Range in Poker Flat, Alaska, on March 23.

As residents of the troposphere, Earth’s lowest atmospheric layer, we’re used to air made of neutral particles. The oxygen and nitrogen we breathe are magnetically balanced atoms and molecules with all their electrons accounted for. But hundreds of miles above us, our air begins to fundamentally change character. Energized by the sun’s unfiltered rays, electrons are pried from their atoms, which then take on a positive charge. A once-neutral gas transforms into an electrically reactive state of matter known as plasma.

There is no hard cutoff where neutral gas ends and plasma begins. Instead, there is an extended boundary layer where the two populations intermix. Daily winds and magnetic perturbations send the two populations of particles in different directions, occasionally colliding—and creating some interesting physics as a result.

“Friction is a great analogy,” said Stephen Kaeppler, assistant professor of physics and astronomy at Clemson University in South Carolina, and principal investigator for the INCAA mission. “We all know that we rub our hands together, you’re going to get heat. It’s the same basic idea, except we’re dealing with gases now instead.”

This boundary layer, where neutral atmosphere and plasma meet, experiences constant friction. But active auroras turn everything up a notch.

Auroras form when electrons from near-Earth space suddenly pour into our atmosphere. They eventually collide with neutral particles, setting them alight.

“It’s like storming the football field after a college game,” Kaeppler said. “People at the top of the stadium run towards the field, and as you get closer to the field, the crowd gets thicker and thicker. This is how it is for electrons facing the increasing neutral density of the upper atmosphere.”

Plunging through the crowded atmosphere, these electrons collide with neutral atoms, generating friction and heat within the aurora. But they also stir up the broader boundary layer, enhancing the mixing and friction at larger scales. Figuring out how aurora influence the boundary layer is key to understanding how much energy they ultimately release into our upper atmosphere.

To this end, Kaeppler and his team are launching INCAA, hoping to fly through an aurora and measure how it changes this boundary layer where plasma meets neutral gas.

INCAA is composed of two payloads, each one mounted on a separate sounding rocket. Sounding rockets are small launch vehicles designed to ascend into space for a few minutes of measurements before falling back to Earth. Sounding rockets are ideally suited for studying brief, transient phenomena like auroras, which can form in one place and then disappear in a matter of minutes.

Mysterious energy source unlike anything astronomers have seen before

The team will wait at the launchpad until an aurora is overhead, then launch the two rockets in quick succession. On its way up the first rocket will release vapor tracers, colorful chemicals similar to those used in firework shows, before reaching its peak altitude of about 186 miles. The vapor tracers create visible clouds that researchers can see from the ground, tracing the winds in the neutral atmosphere, like dropping food dye in a sink full of water to see how the water is moving. The second rocket will launch shortly after, reaching about 125 miles altitude to measure the temperature and density of the plasma in and around the aurora.

What the data will show is anyone’s guess, but Kaeppler hopes to learn how the aurora shifts this boundary layer where electrified air meets neutral. It could push it farther towards the ground, raise it higher, or perhaps cause it to fold in on itself. Any of these possibilities influences how our planet exchanges energy with space around it—but everything depends on the details. “All of these factors make this is an interesting physics problem to examine,” Kaeppler said.