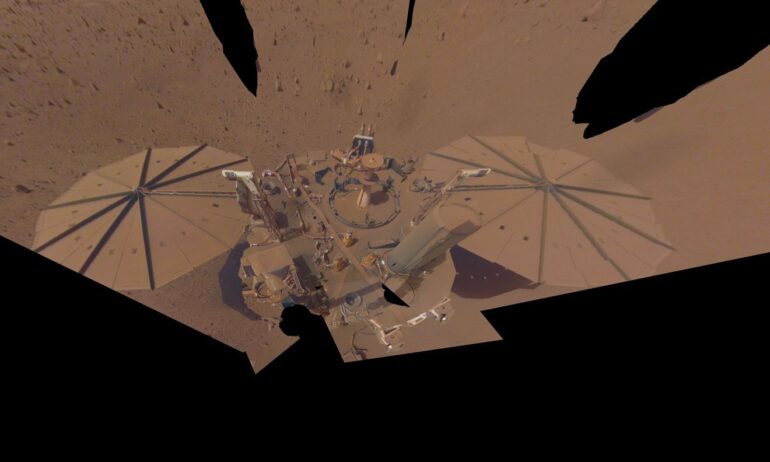 To human eyes, the night sky between the stars appears dark, the void of space. But X-ray telescopes capture a profoundly different view. Like a distant fireworks show, our images of the X-ray sky reveal a universe blooming with activity. They hint at yet unknown cosmic eruptions coming from somewhere deeper into our galaxy.

To help find the source of these mysterious X-rays, University of Wisconsin, Madison astronomer Dan McCammon and his team are launching the X-ray Quantum Calorimeter or XQC instrument. XQC will make its seventh trip to space aboard a NASA suborbital rocket. This time, XQC will observe a patch of X-ray light with 50 times better energy resolution than ever before, key to revealing its source. The launch window opens at Equatorial Launch Australia’s Arnhem Space Centre in Northern Territory, Australia, on June 26, 2022.

Because Earth’s atmosphere absorbs X-rays, our first views of cosmic X-rays awaited the space age. In June 1962, physicists Bruno Rossi and Ricardo Giacconi launched the first X-ray detector into space. The flight revealed the first sources of X-rays beyond our sun: Scorpius X-1, a binary star system some 9,000 light-years away, as well as a diffuse glow spread across the sky. The discovery founded the field of X-ray astronomy and later won Giacconi a share of the 2002 Nobel Prize in physics.

Scientists have now mapped the X-ray sky in ever-finer detail with the help of other NASA X-ray missions. Still, there are several bright patches whose sources are unknown. For the upcoming flight, McCammon and his team will target a patch of X-ray light only partly visible from the Northern Hemisphere.

“It covers a big part of the galaxy, but we needed to be in the Southern Hemisphere to see that part of the sky,” McCammon said. “We’ve been waiting a long time for this expedition to Australia.”

Scientists believe the X-ray patch comes from diffuse, hot gas heated by supernovae, the brilliant eruptions of dying stars. The XQC mission is investigating two possible sources, illustrated in the graphic below.

One possibility is that the X-rays come from gas heated by “Type Ia” supernovae, the death throes of massive stars that live tens to hundreds of millions of years. The inner part of our galaxy has a high enough concentration of this type of supernova to heat the X-ray patch McCammon is investigating.

The other possible source is “Type II” supernovae. The stars behind Type II supernova are even more massive, burn brighter and hotter, and live just a few million years before going supernova. They occur in active star-forming regions, like those in one of our galaxy’s inner spiral arms.

Of course, the flight is likely to capture much more information as well. “This is an exploration with a new capability—we want to see what we can see,” McCammon said. “Every time we look at the X-ray sky with a new capability, it turns out to be more complicated that we supposed.”

After the flight, the team plans to recover the instrument. It will retire to Oak Ridge National Labs in Tennessee where it will aid in laboratory experiments.

This flight will be XQC’s final trip to space, but the very first from the new Arnhem Space Centre rocket range in East Arnhem, Australia. XQC is part of a three-rocket campaign launching from the range in June and July 2022, NASA’s first time launching from Australia since 1995.