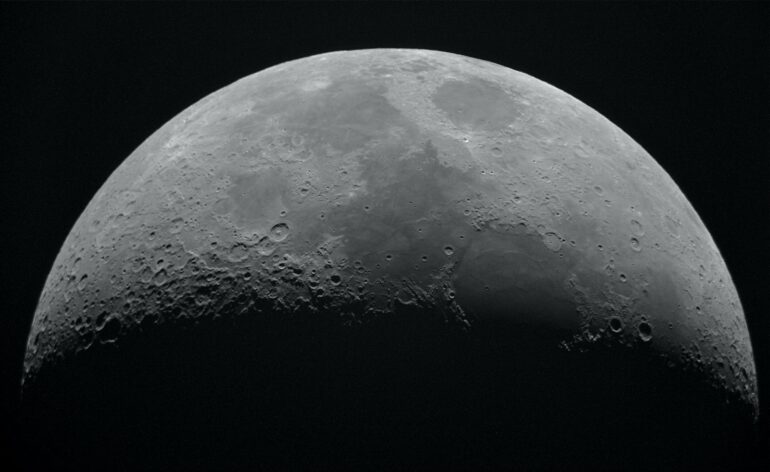 The moon has been considered extremely reductive since the Apollo era, as estimated by the low ferric iron content in lunar samples returned in the 1970s. In addition, it has long been a mystery whether a large amount of ferric iron exists on the moon and how it is formed.

Recently, however, a research team led by Profs. Xu Yigang and He Hongping from the Guangzhou Institute of Geochemistry of the Chinese Academy of Sciences has discovered that high ferric iron content is present in agglutinate glass from lunar soil returned by China’s Chang’e-5 mission.

The ferric iron was formed from a charge disproportionation reaction of ferrous iron in micrometeoroid impact processes. This revelation has challenged previous knowledge about the form, content, and evolution of lunar ferric iron.

The study was published in Nature Astronomy.

The scientists estimated the three-dimensional distribution of iron species with various valences using EELS-based electron tomography technology. “Based on the quantitative results, we proposed that the ferric iron and ~63% of the total npFe0 were formed from charge disproportionation reaction during micrometeoroid impacts, while the rest of the npFe0 was formed by solar wind irradiation,” said Prof. He.

The researchers inferred that the newly discovered charge disproportionation reaction is ongoing on the moon as micrometeorites are bombarding the surface of the moon. “The repetitive micrometeoroid impacts on the lunar surface suggest that the impact-induced ferric iron content is progressively increasing,” said Prof. Xu.

“The high content of ferric iron discovered in the agglutinate glass, however, does not represent an oxidized moon, as the charge disproportionation reaction does not introduce extra oxygen to or remove any electrons from the moon. Nevertheless, the impact-induced evolution of the iron valence could shed light on the environmental evolution of the surface of airless bodies,” added Prof. Xu.