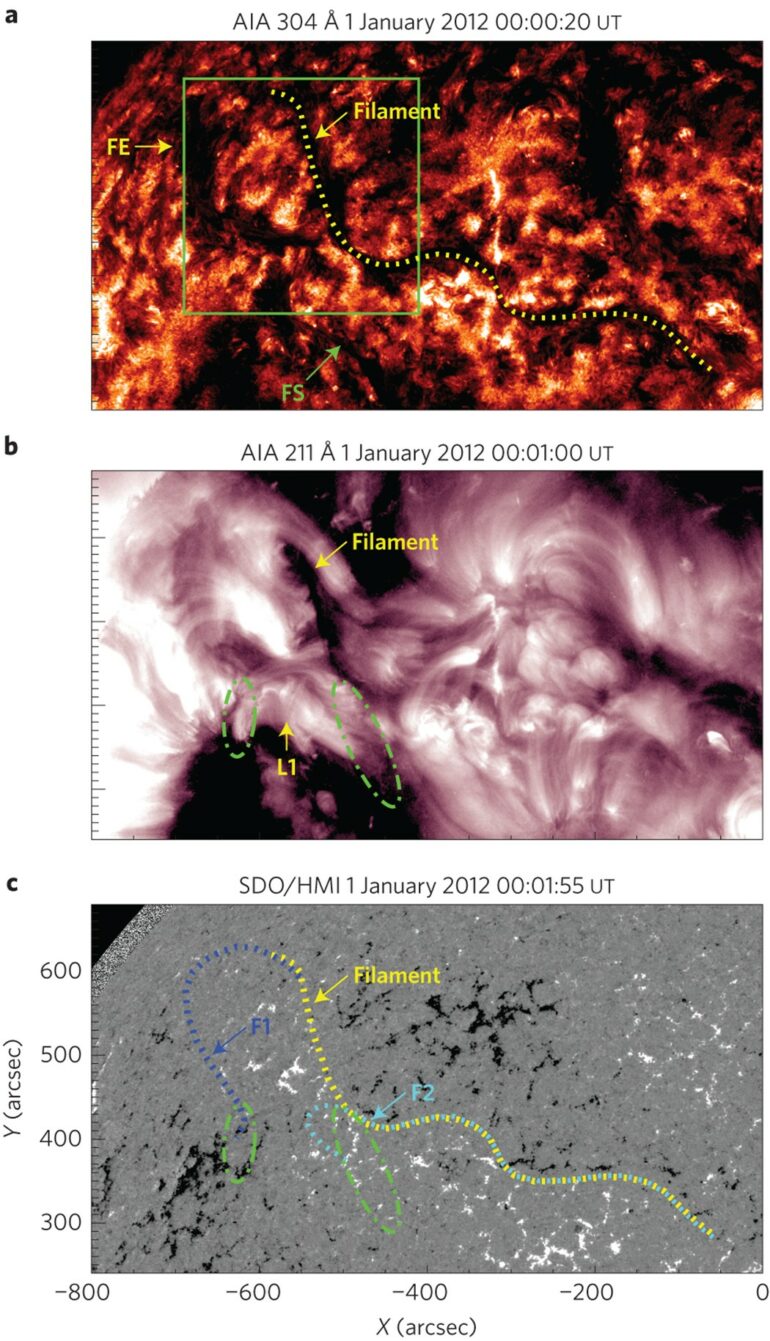 The eruption of a solar filament produces a coronal mass ejection, which is a major driver of space weather. Understanding how filaments erupt is thus essential for space weather forecasting.

Both observations and simulations suggest that filament eruption is closely related to magnetic flux emergence. It is thought that eruption is triggered by magnetic reconnection between a filament and an emerging flux. However, details of such a reconnection have rarely been presented.

Recently, a research team led by Dr. Li Leping from the National Astronomical Observatories of the Chinese Academy of Sciences (NAOC) has revealed the details of reconnection between a filament and its nearby emerging fields, which led to the reconfiguration and subsequent partial eruption of the filament.

The study was published in The Astrophysical Journal on August 18.

In the active region NOAA 12816, a filament was located over the polarity inversion lines on April 21, 2021. Near the northwestern endpoints of the filament, magnetic fields emerged and reconnected with the filament, forming a newly reconnected filament and loops.

A current sheet repeatedly occurred at the interface of the filament and its nearby emerging fields. “In order to understand the detailed reconnection, we measured some parameters of the current sheets, such as the length, width, reconnection rate, temperature, emission measure, and electron number density,” said Dr. Li, first author of the study.

Bright plasmoids formed in the current sheet, propagating along it bidirectionally, and further along the newly reconnected filament and loops. “This result indicates the presence of plasmoid instabilities during the reconnection process,” said Prof. Hardi Peter from the Max-Planck Institute for Solar System Research, a co-author of the study.

A new measurement record for strongest magnetic field in universe