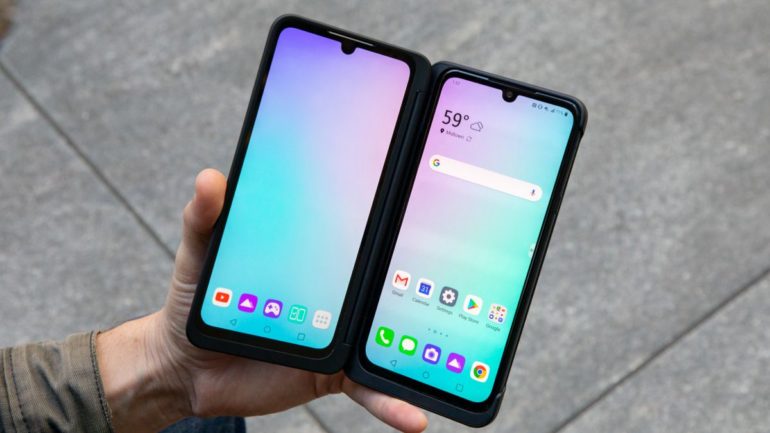 Even before the start of the festive season sale, one of the most hyped product was the LG G8X. The LG G8X is now available for Rs 27,990 on Flipkart during the final wave of the Big Diwali Sale.

The LG G8X offers a 6.4-inch FHD+ FullVision OLED panel with 1080X2340 pixels resolution. The secondary display also comes with the same screen size and resolution and it connects with a Type-C port. The device is powered by Snapdragon 855 chipset with 8GB of RAM and 128GB of onboard storage.

The hinge that is present on the cover housing the secondary display, allows users to turn the display to a full 360-degree. This secondary display can be used as a gamepad while playing games, use it as a keyboard to enhance productivity and more. As for the cameras, there is a  12MP primary camera and a 13MP ultra-wide-angle camera along with dual-tone LED flash. While on the front you get a 32MP selfie snapper.

Powering all the internal is a 4,000mAh battery which comes with Qualcomm Quick Charge 3.0. However, the charging adapter is not included in the box, you get only a Type-C cable. The phone is also IP68 certified against dust and water. It is available only in Black colour option.

A few weeks back, LG announced that they generated over Rs 350 crores in revenue in the first wave of the sale where the phone was priced at Rs 19,999. Although LG did not reveal the exact LG G8X ThinQ units that were sold with quick basic calculations, we can say that the company sold around 1.75 lakh units.