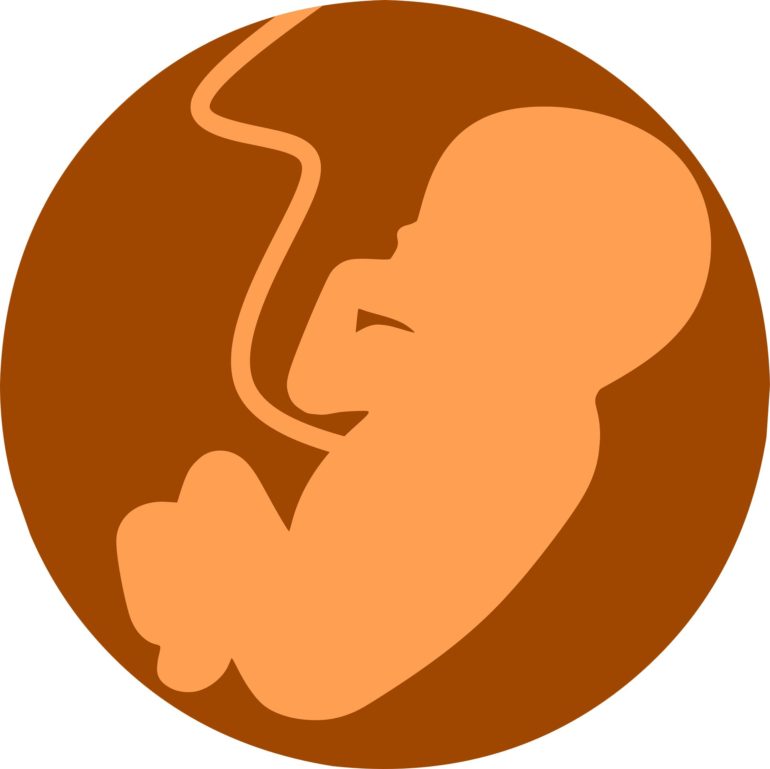 Past research suggests that infections or inflammation in pregnant women can be linked with the development of neurodevelopmental disorders in their offspring. While this association is well-documented, the molecular and neural mechanisms underpinning it are still poorly understood.

Researchers at Harvard Medical School have recently carried out a study aimed at better understanding how maternal immune activation (MIA) can influence the development of the fetus and potentially facilitate the occurrence of neurodevelopmental disorders. Their paper, published in Nature Neuroscience, shows that MIA can activate a particular neural pathway that regulates the translation of messenger RNA (mRNA) molecules in the brain of pre-natal male mice, disrupting a process known as proteostasis.

The mRNA molecule is essentially a single-stranded molecule of RNA that puts DNA genetic instructions into action. Proteostasis (or protein homeostasis), on the other hand, is the process that regulates proteins within and around cells, maintaining their health and preventing their degradation.

“The Huh Lab has a longstanding interest in understanding how the immune system dictates neurodevelopment,” Eunha Kim, a postdoctoral fellow in Jun Huh’s laboratory, told Medical Xpress. “We previously showed that inflammation during pregnancy (maternal immune activation, or MIA) disrupts fetal brain development and leads to abnormal behavior in offspring. We had also shown that a specific cytokine, IL-17a, was necessary for the effect of MIA on fetal neurodevelopment.”

The main goal of the recent study by Kim and her colleagues was to identify specific cellular mechanisms that occur within the fetal brain in response to MIA. To do this, they used a technique called single-cell RNA sequencing (scRNA-seq) to characterize gene expression signatures in all cell types within the embryonic brain of pre-natal mice, examining both male and female offspring. Interestingly, they observed a broad disruption in the mechanisms that control mRNA translation, which was most prominent in male offspring of mothers that presented an activated immune system.

Subsequently, the researchers were able to identify a specific pathway that is selectively activated in the brains of pre-natal male mice exposed to MIA. This pathway, the known as the integrated stress response (ISR), is known to play a key role in regulating mRNA translation.

“We used both transgenic mice and pharmacologic interventions to test whether blocking the ISR reversed the behavioral phenotypes observed in MIA offspring,” Brian Kalish, one of the researchers who carried out the study, explained. “We found that MIA is associated with widespread alterations in mRNA translation machinery and a global arrest in protein synthesis in the male brain. This effect was mediated by the integrated stress response (ISR), and IL-17a was necessary for ISR activation in the fetal brain.”

Interestingly, Kalish, Kim and their colleagues found that when they blocked the ISR, whether using transgenic mice (i.e., mice with genomes altered by humans) or drugs, they were able to reverse the behavioral deficits observed in MIA offspring. Moreover, in pre-natal male mice, blocking the ISR restored balance in cortical neural activity.

Overall, this recent study unveiled specific alterations in protein homeostasis associated with maternal inflammation and occurring predominantly in pre-natal male mice, which could increase the risk of neurodevelopmental disorders in MIA-exposed offspring. In the future, the findings gathered by Kalish, Kim and their colleagues could inspire further research aimed at better understanding such immune-neural interaction, which could ultimately inform the development of strategies to reduce the adverse effects of MIA on the fetal brain.

“This work raised many important questions that are ripe for future investigation,” Kalish said. “Specifically, we only scratched the surface in understanding sex differences in the response to MIA. We are also continuing to investigate multiple mechanisms by which cytokines affect neurodevelopment.”

Westworld season 4: release date, cast, and everything else we know

In AIApps and WebSmartphones
on 16 June 20214 min read