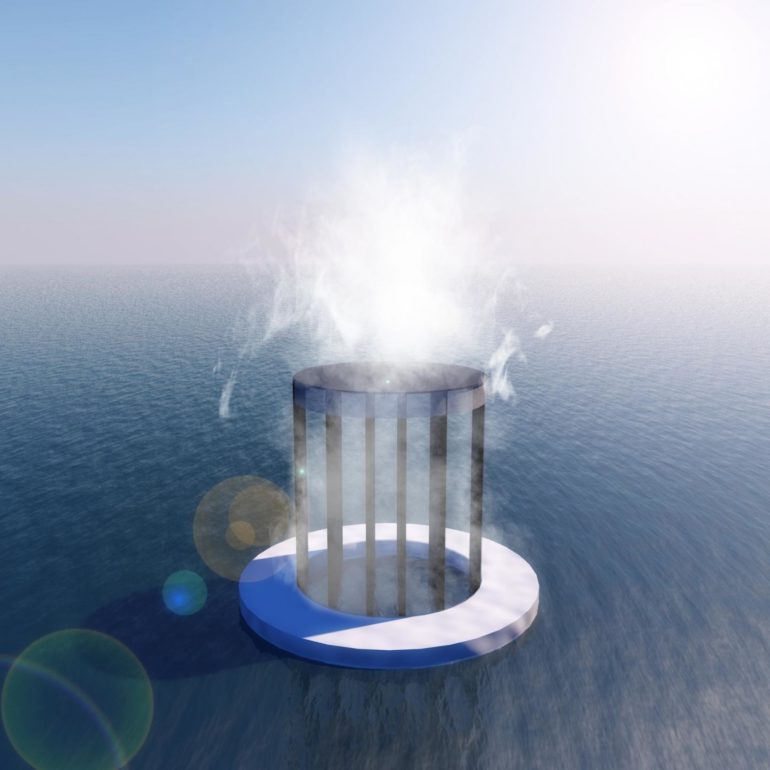 Researchers at UniSA have developed a cost-effective technique that could deliver safe drinking water to millions of vulnerable people using cheap, sustainable materials and sunlight.

Less than 3 percent of the world’s water is fresh, and due to the pressures of climate change, pollution, and shifting population patterns, in many areas this already scarce resource is becoming scarcer.

Currently, 1.42 billion people—including 450 million children—live in areas of high, or extremely high, water vulnerability, and that figure is expected to grow in coming decades.

Researchers at UniSA’s Future Industries Institute have developed a promising new process that could eliminate water stress for millions of people, including those living in many of the planet’s most vulnerable and disadvantaged communities.

A team led by Associate Professor Haolan Xu has refined a technique to derive freshwater from seawater, brackish water, or contaminated water, through highly efficient solar evaporation, delivering enough daily fresh drinking water for a family of four from just one square meter of source water.

“In recent years, there has been a lot of attention on using solar evaporation to create fresh drinking water, but previous techniques have been too inefficient to be practically useful,” Assoc Prof Xu says.

“We have overcome those inefficiencies, and our technology can now deliver enough fresh water to support many practical needs at a fraction of the cost of existing technologies like reverse osmosis.”

At the heart of the system is a highly efficient photothermal structure that sits on the surface of a water source and converts sunlight to heat, focusing energy precisely on the surface to rapidly evaporate the uppermost portion of the liquid.

While other researchers have explored similar technology, previous efforts have been hampered by energy loss, with heat passing into the source water and dissipating into the air above.

“Previously many of the experimental photothermal evaporators were basically two dimensional; they were just a flat surface, and they could lose 10 to 20 percent of solar energy to the bulk water and the surrounding environment,” Dr. Xu says.

“We have developed a technique that not only prevents any loss of solar energy, but actually draws additional energy from the bulk water and surrounding environment, meaning the system operates at 100 percent efficiency for the solar input and draws up to another 170 percent energy from the water and environment.”

In contrast to the two-dimensional structures used by other researchers, Assoc Prof Xu and his team developed a three-dimensional, fin-shaped, heatsink-like evaporator.

This heatsink technique means all surfaces of the evaporator remain at a lower temperature than the surrounding water and air, so additional energy flows from the higher-energy external environment into the lower-energy evaporator.

“We are the first researchers in the world to extract energy from the bulk water during solar evaporation and use it for evaporation, and this has helped our process become efficient enough to deliver between 10 and 20 liters of fresh water per square meter per day.”

In addition to its efficiency, the practicality of the system is enhanced by the fact it is built entirely from simple, everyday materials that are low cost, sustainable and easily obtainable.

“One of the main aims with our research was to deliver for practical applications, so the materials we used were just sourced from the hardware store or supermarket,” Assoc Prof Xu says.

“The only exception is the photothermal materials, but even there we are using a very simple and cost-effective process, and the real advances we have made are with the system design and energy nexus optimisation, not the materials.”

In addition to being easy to construct and easy to deploy, the system is also very easy to maintain, as the design of the photothermal structure prevents salt and other contaminants building up on the evaporator surface.

Together, the low cost and easy upkeep mean the system developed by Assoc Prof Xu and his team could be deployed in situations where other desalination and purification systems would be financially and operationally unviable.

“For instance, in remote communities with small populations, the infrastructure cost of systems like reverse osmosis is simply too great to ever justify, but our technique could deliver a very low cost alterative that would be easy to set up and basically free to run,” Assoc Prof Xu says.

“Also, because it is so simple and requires virtually no maintenance, there is no technical expertise needed to keep it running and upkeep costs are minimal.

“This technology really has the potential to provide a long-term clean water solution to people and communities who can’t afford other options, and these are the places such solutions are most needed.”

In addition to drinking water applications, Assoc Prof Xu says his team is currently exploring a range of other uses for the technology, including treating wastewater in industrial operations.

“There are a lot of potential ways to adapt the same technology, so we are really at the beginning of a very exciting journey,” he says.