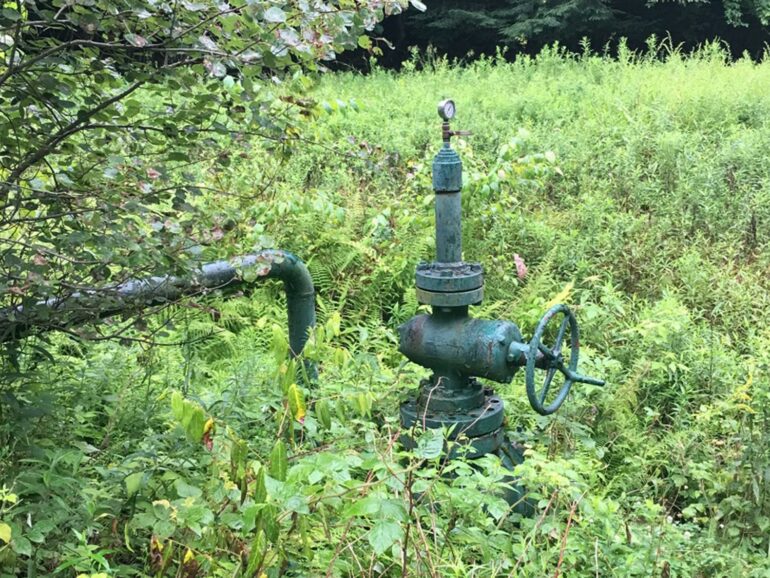 Tapping into abandoned oil and gas wells in Pennsylvania, products of the state’s long history of energy extraction—could provide a future source of affordable geothermal energy, according to Penn State scientists.

“This research shows that with creativity we can convert what could be an environmental threat into clean energy and an economic opportunity in places like Pennsylvania,” said Arash Dahi Taleghani, professor of petroleum engineering at Penn State.

Regulators estimate hundreds of thousands of oil and gas wells have been drilled in the state, many before modern regulations, and lost over time in fields, forests and neighborhoods. Today, owners and operators are required to plug wells that have stopped producing before abandoning them.

This does not always happen, and wells that were not plugged, or that were not plugged properly or damaged, can leak the potent greenhouse gas methane into the atmosphere and groundwater. The federal government recently committed $4.7 billion to plug these wells across the U.S.

In the meantime, Dahi Taleghani said, a debate is shaping up about whether abandoned oil and gas wells must be sealed to prevent leakage of methane and other gases, or whether the infrastructure can be repurposed, achieving both environmental benefit and new revenue streams.

“One viable solution is for the recovery of low-grade geothermal energy,” said Dahi Taleghani, who holds the Quentin E. and Louise L. Wood University Endowed Fellowship in Petroleum and Natural Gas Engineering. “This has the potential to simultaneously produce a revenue stream, staunch fugitive emissions and maintain workforce engagement.”

In a comprehensive review of geothermal systems and how they could be used for repurposing existing oil and gas wells, the scientists concluded the technology holds the potential to provide direct heating to nearby homes, farms and businesses, and that the industry is poised for drastic expansion in the future. They reported their findings in the journal Renewable Energy.

“This work is important as it addresses the debate of whether to seal such wells, or whether to take a chance on repurposing the existing well for direct access to the geothermal heat,” said Derek Elsworth, professor of energy and mineral engineering and geosciences at Penn State and coauthor on the article. “The advantage is that you avoid the high cost of well drilling. That typically amounts to significantly more than 50% of geothermal project costs.”

Most geothermal projects occur in areas with active tectonics, like the western U.S., where hot rock is closer to the surface and operators can tap into the heat to build geothermal power plants.

Oil and gas wells in Pennsylvania are cooler, between 170 and 302 degrees Fahrenheit. While these wells would not be suitable for power plants without further advances in low-temperature power generation technologies, they could provide direct heat to nearby buildings, the scientists said.

“We have severe winters, and we can use this heat source for direct heating—for heating hospitals, campuses or schools in small communities,” Dahi Taleghani said. “It could even be a greenhouse on a farm that uses this heat to produce vegetables over the winter.”

The process involves running tubing into the wells and continually circulating water or other fluids through the lines. The Earth warms the fluid, and that heat can then be transferred to consumers. Distance from the well to the end users is key to making the technology economical and feasible.

Temperatures deep in these wells remain constant, and geothermal heat would offer a continuous base load of energy that could be integrated into existing heating systems and complement more intermittent sources of renewable energy like wind and solar, the scientists said.

“This shows that petroleum engineers, and oil and gas companies can be part of this energy transition toward renewable energy,” Dahi Taleghani said. “These companies more than ever are looking to include clean energy in their portfolio. This could be something that helps them move in that direction with minimal impact and using existing infrastructure.”