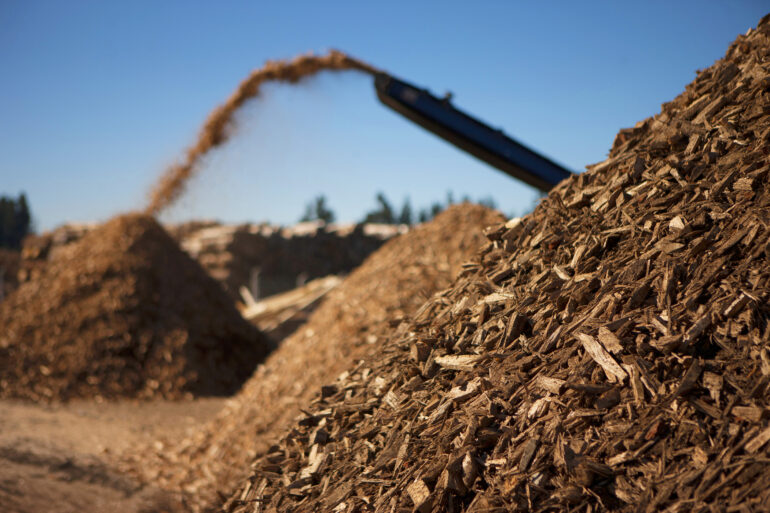 According to a new study by researchers in the University of Georgia’s Warnell School of Forestry and Natural Resources, replacing coal in Georgia’s power plants with woody biomass could not only meet Georgia’s power needs, but reduce carbon emissions.

The research calculated both economic and environmental factors to provide a comprehensive picture of the impact of replacing coal with timber for a 50-year period.

As one of the largest consumers of coal in the Southeast, Georgia burns over 7 million tons each year. This accounts for nearly two-thirds of all carbon emissions from Georgia’s power sector. Replacing coal with another fuel source could reduce those emissions by 43%, according to Farhad Hossain Masum, a Ph.D. graduate and first author of the study.

Masum’s research started in 2017 when he began looking for a suitable feedstock to replace coal in power plants. Early on, the research showed that woody biomass, like wood chips and the residue from logging, could be more economical and better for the environment than other renewable fuel sources.

“Torrefied pulpwood and logging residue can be used in coal-fired power plants without making major upgrades to the plant. This makes it a great alternative to coal, especially in forest-rich southern states,” said Puneet Dwivedi, an associate professor at Warnell School, Masum’s advisor and co-author of the study.

The torrefaction of wood is like roasting coffee. Wood is heated in a controlled environment, usually around 400 degrees Fahrenheit. The heat removes moisture and chemically alters the wood. This process reduces the biomass of the wood by around 25%, turns it into a charcoal-like substance, and gives it a similar energy density to coal.

“Based on previous research, we knew this could work, but we weren’t sure of the best way to add torrefied wood as a fuel source. We looked at a few different models to see what would happen if we implemented these programs across Georgia,” said Masum.

First, they quantified the impact of making no changes and continuing to burn coal. Second, they studied using pulpwood as a fuel source; a portion of trees usually with trunks ranging from 5 to 9 inches in diameter. Third, they measured the impact of using both pulpwood and logging residues to replace coal.

They found the third scenario, using both pulpwood and logging residues, would be the most carbon-efficient way to generate electricity for Georgia. This method could reduce 43% of carbon emissions from coal-fired power plants without major upgrades to the facilities.

However, it would require an additional 100,000 acres of forestland to be harvested each year. In the scenario, these trees would be harvested from six southern states.

This is still more efficient than using only pulpwood, according to the researchers. If only pulpwood was used to manufacture the torrefied wood chips, an additional 340,000 acres of forestland would need to be harvested annually to replace Georgia’s coal.

“Our results indicate that Georgia and Alabama could supply most of the additional wood required for biopower generation,” said Masum.

Even though more trees would need to be cut to replace coal, the research showed that this would benefit the environment by keeping carbon out of the atmosphere. Coal releases significantly more non-renewable carbon than torrefied wood when burned. In general, this carbon can be considered extra carbon that was not in the environment but sequestered underground.

Integrating logging residues into the energy supply chain would also allow foresters to make better use of every part of the tree. Currently, most logging residue in the southeast is left in the field and burned.

In CybersecuritySmartphones
on 4 June 202124 min read

“The use of wood-based electricity will not only reduce the carbon footprint of the state, but it will potentially create local jobs, boost forest health, increase the income of rural households, and ensure the flow of forest-based ecosystem services,” said Dwivedi.

“However, a need exists to evaluate the economic and welfare impacts of any initiative to replace coal-based power generation in Georgia to tackle issues operating at the interface of energy access and climate change.”

The research was published in the Journal of Environmental Management.