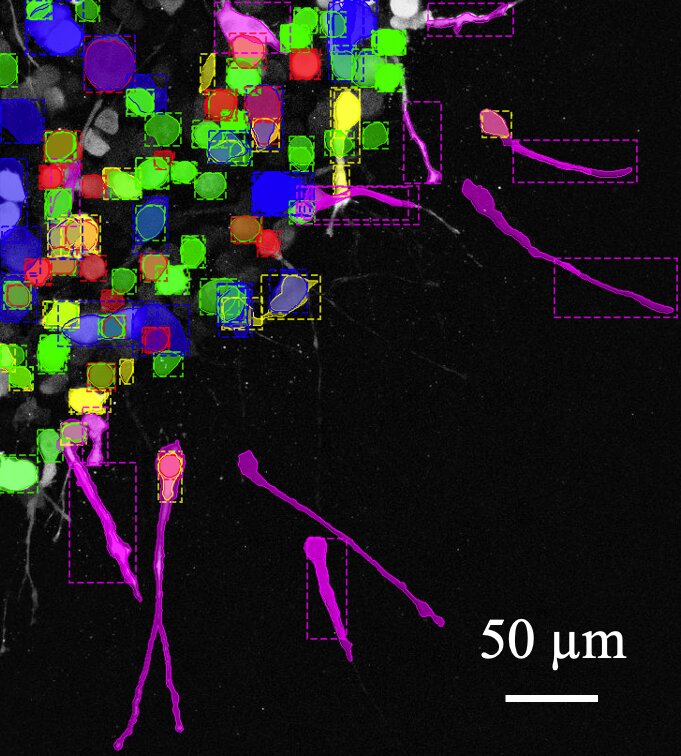 The findings, published in Scientific Reports, are a key step toward understanding and preventing cancer metastasis, the internal spreading of the disease that’s responsible for 95% of all cancer deaths.

“Through billions of years of evolution, cells have learned a number of distinct ways to migrate,” said OSU biophysicist Bo Sun, who led the study. “In normal development and health-maintaining physiological processes such as wound healing, specific migration programs are executed when required. In the case of a tumor, however, those migration programs are leveraged by cancer cells to sustain their invasion into tissue.”

How well a cancer cell can change shape and shift travel modes plays a huge role in a cancer patient’s prognosis, Sun explains.

“Many cancer therapies that target a particular way a cell moves can fail to stop tumor metastasis in large part because cells switch to another available migration program,” he said.

Sun and collaborators in the OSU colleges of Science and Engineering used a type of artificial intelligence known as computer vision to track a cell’s migration program based on its shape; computer vision derives information from digital photos, video and other visual inputs.

For this study, the scientists looked at cells from MDA-MB-23, a line of highly invasive breast cancer cells that’s commonly used in medical research. Sun likens the cell shape analysis to determining whether a swimmer is doing the backstroke, breaststroke or butterfly based on the position swimmers put their body in and the movements they execute.

“Cell shape is determined by cell function, and loss of characteristic shape is associated with functional abnormality,” Sun said. “That’s why shape characterization has been an important tool for diagnosis in cancer as well as in other conditions such as red blood cell disease or neurological disorders.”

The findings show that cancer cells change their migration modes far more often than had been previously thought, he says.

“While the constant switching we saw in the breast cancer cells we studied doesn’t necessarily maximize their speed in a particular type of tissue, it allows for the cells to invade heterogeneous tissue environments,” Sun said.

During metastasis, a migrating cancer cell has to make its way through extracellular matrix that has distinct and varying mechanical properties, the researchers note.

The extracellular matrix, or ECM, is the non-cellular part of tissues and organs. It acts as a scaffold and, thanks to its variety of biologically active molecules, performs a range of important biochemical and biomechanical jobs.

The machine learning and visualization techniques the scientists employed showed that a cell’s shape changes are regulated by the molecular control hub, Rho/ROCK-signaling, that a cell uses to sense its physical environment and generate the force required for motion.

Using a model representing two mechanically distinct layers of extracellular matrix, the scientists showed the cells gradually changed their shape and movement program as they approached and crossed the interface of the layers. That suggests these transitions are essential for cancer cell metastasis, which requires the navigation of non-uniform ECM.

“The way a cell’s form changes—its morphodynamics—is a crucial factor in determining its invasive potential and to our knowledge this has largely gone unstudied,” Sun said. “The morphodynamics of migrating cancer cells are shaping up to be a powerful tool for inspecting the internal state and microenvironment of the cells. Future research is needed to decode the morphodynamics into a rich and understandable body language of cells, and to affect morphodynamics as a means of controlling what the cells are doing.”