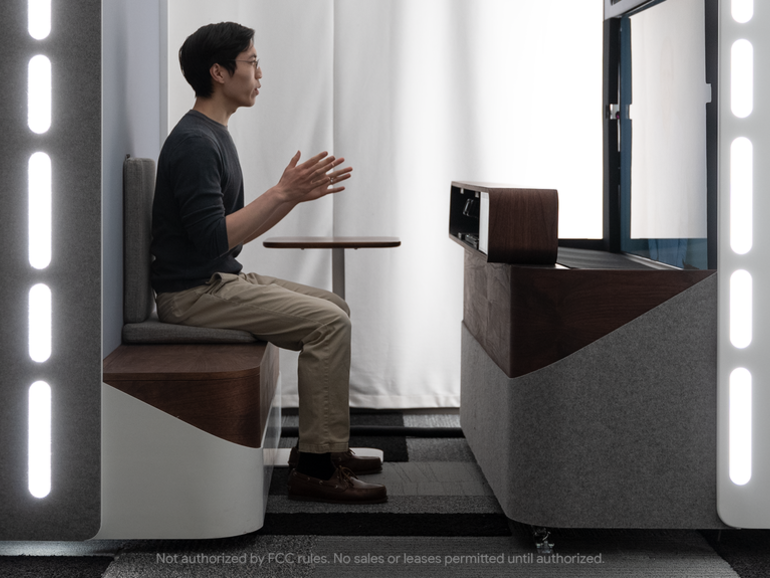 Google has unveiled a prototype technology that makes the people in a video call appear in 3D even if they’re physically elsewhere.

The technology, called Project Starline, is a video conferencing booth comprised of custom-built hardware and highly specialised equipment that makes the person you’re chatting with appear in 3D. The video conferencing tech uses a “light field display system”, which consists of various cameras and sensors, to capture a person’s appearance that are then rendered to form a 3D model.

“The effect is the feeling of a person sitting just across from you, like they are right there,” he said.

Project Starline began development a few years ago when the company wanted to give users the feeling of physically being together with someone even if they lived in another city or country.

The video chat booth is currently only available at a few of Google’s offices due to its reliance on custom-built hardware and highly specialised equipment.

After undergoing thousands of hours of testing in these offices across the Bay Area, New York, and Seattle, Google said it recently starting conducting demos with various healthcare and media companies to receive feedback on its usability. While noting the booth is still in development, the company is now planning trial deployments with these companies that are set to commence later this year.

The search giant also gave a preview of two artificial intelligence-powered advancements at this year’s Google I/O, with the first being a dermatology assist tool and the second being an AI-powered health initiative that could soon turn into a tuberculosis screening aid.