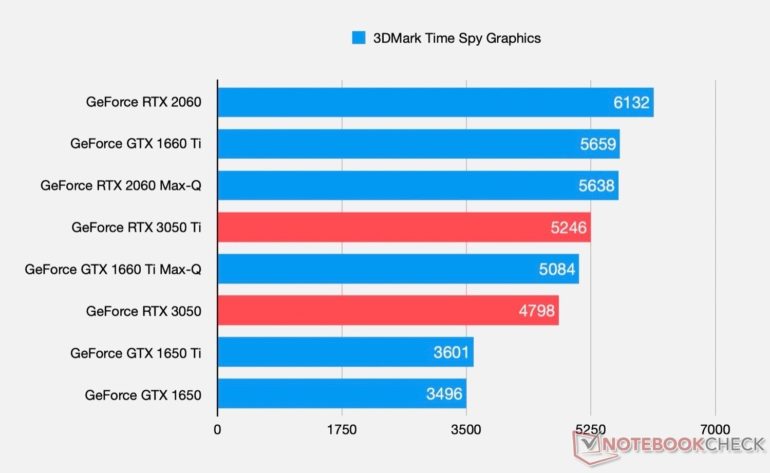 Full specifications for Nvidia’s upcoming RTX 3050 Ti mobile graphics card have allegedly shown up in the GPU-Z database ahead of its rumored launch later this month.

As reported by Videocardz, somebody anonymously submitted specs for the so-called Nvidia RTX 3050 Ti to the GPU-Z validation database, all but confirming that the RTX 3050 series will be based on the unreleased GA107 graphics processor.

The listing also alleges that the 8nm GPU, which will likely be aimed at 1080p laptops, will feature 4GB GDDR6 memory across a 128-bit interface, 2,560 CUDA cores, and 80 Tensor Cores for AI-intensive applications.

However, as noted by Videocardz, the validation also suffers from its typical error of showing the wrong TMU count, and suggests that it should show 80 TMUs, rather than 213.

Unfortunately, the GPU-Z listing doesn’t tell us much else about the incoming mobile card, such as what we can expect in terms of DLSS and ray tracing performance. However, a recent leak from Lenovo indicated that we should expect performance somewhere between the GTX 1660 Ti Max-Q and the RTX 2060 Max-Q.

The Nvidia RTX 3050 Ti was also recently leaked by Samsung, when it announced its new Galaxy Book Odyssey would arrive equipped with the as-yet unannounced GPU.

According to rumors, it won’t be long until it becomes official. Nvidia’s RTX 3050 series is expected to debut alongside Intel’s Tiger Lake-H series processors, which are rumored to launch on May 11.